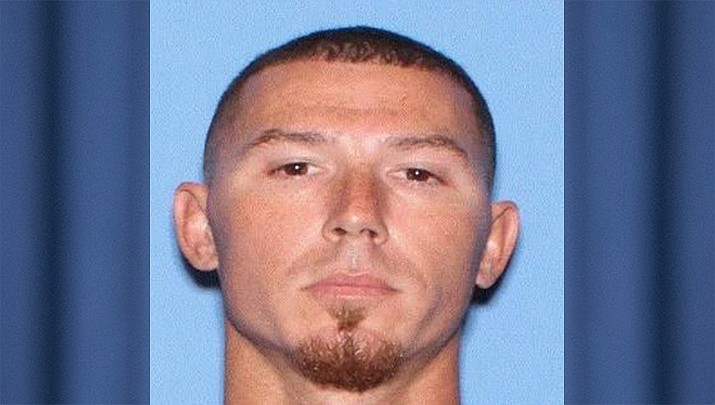 Ethan Kyle Cook, 32, convicted of a sex offense that allows for community notification, has advised the Prescott Valley Police Department (PVPD) that he will be living on Mountain View Drive in Prescott Valley, according to a news release. He is not wanted by the PVPD at this time.

The Police Department is releasing the following information pursuant to ARS 13-3825, the Community Notification of Sex Offenders Law. The offender is living in Prescott Valley. Notification must be made when certain sex offenders are released from the Arizona State Prison, released from the Yavapai County jail in Camp Verde, or are accepted under an interstate compact. Offenders are categorized into three levels according to their risk to the community: Level 1, low risk, Level 2, intermediate risk, and Level 3, high risk.

On Oct. 8, 2010, in Yavapai County, Cook was convicted of three counts of sexual abuse and sentenced to lifetime probation. The victim was a 14-year-old female known to the offender. On Feb. 13, 2012, Cook violated his probation and was sentenced to 15 years in the Arizona Department of Corrections. Police stated he is currently on lifetime probation, and is considered a Level 2, intermediate risk.

“This notification is not intended to increase fear, rather it is our belief that an informed community is a safer community. Citizen abuse of this information to threaten, intimidate, or harass sex offenders will not be tolerated,” PVPD stated in the news release. If you have information regarding current criminal activity on this, or any other offender, contact the Prescott Valley Police Department at 928-772-9261, or call Silent Witness at 1-800-932-3232.

For more information regarding sex offenders, visit www.azdps.gov/services/public/offender. The Prescott Valley Police Department can be contacted at 928-772-9267 for non-emergencies, 911 for emergencies. Yavapai Silent Witness is 1-800-932-3232. If you see something, say something.

According to the news release, Cook is white, 6-feet tall, weighing 170 pounds. He has brown hair and brown eyes. He has tattoos on his feet, abdomen, back, chest, left hand and legs.

Editor's Note - Police corrected that Cook is on lifetime probation. "The release was mistaken." Also, the link to the online sex offender data has been updated.