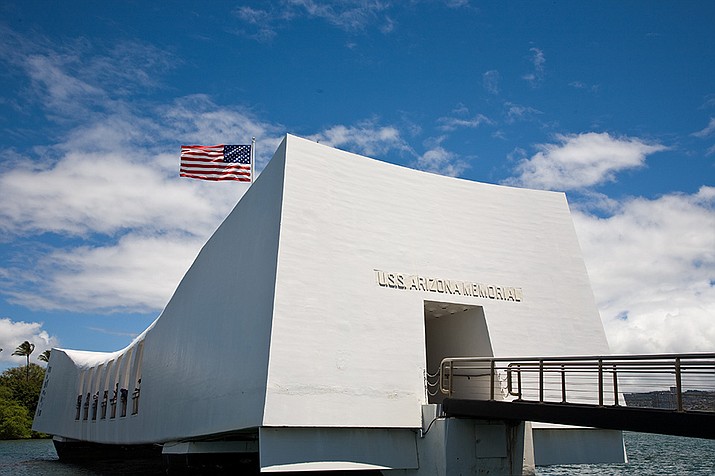 PHOENIX — Gov. Doug Ducey today honored the lives lost at Pearl Harbor on the 81st anniversary of the attack that led to America’s entry into World War II.

“President Franklin D. Roosevelt called it a ‘date which will live in infamy.’ He was right. December 7, 1941 was a day of unimaginable tragedy,” Ducey said. “Every year on this date, we join the nation to pause and remember the American lives lost during the attack on Pearl Harbor. It was a date that changed the course of history.

“Among the victims of the unprovoked attack were 1,177 sailors aboard the battleship USS Arizona. No matter the amount of time that passes, Arizona grieves for all those who paid the ultimate sacrifice.

“Located on the grounds of the Arizona State Capitol is one of two anchors that were aboard the USS Arizona. It is a vivid reminder of those who lost their lives on that fateful day. Just as an anchor secures a ship, our Navy and all of our military secures our nation.

“Our men and women in uniform are our anchor. They keep us safe, they protect us and they defend our liberties. On this day, and every day, we are grateful for their selfless service."

The governor also recognized the keel laying of the first Navy vessel named for Arizona since the loss of the USS Arizona during the attack on Pearl Harbor. The keel laying ceremony at Quonset Point, Rhode Island marked the start of construction of the fourth Navy vessel bearing Arizona’s name.

“This day holds a solemn and special meaning for our country, and our state, each year,” the governor said. “Today, the keel laying of the fourth Navy vessel named for Arizona marks a new chapter. We will always remember the lives lost on the USS Arizona 81 years ago. This new warship honors that legacy and provides another way for Arizonans to cherish the memory and sacrifice of the USS Arizona and its crew.”

Information provided by Office of the Governor.