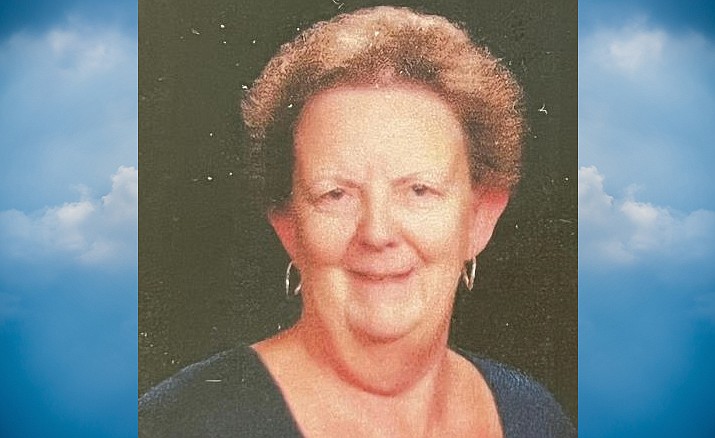 Sue, as she liked to be called was born on Aug. 3, 1948 in Creston, Iowa and was the second child of Myron and Rubye Lantz. The family moved to Phoenix, Arizona, in the mid-1950’s where Sue graduated from Maryvale H.S. Sue was briefly married in 1967 and had a daughter Shelley, whom she raised as a single parent for 14 years.

Sue’s career in the U.S. Forest Service began in 1968 after moving to Flagstaff, Arizona. She began her 36-year career as a clerk/typist and worked her way up to become the Budget and Fiscal Officer for the Coconino National Forest. Never one to pass up adventure, Sue also did wildland fire fighting as part of the fire teams fighting them. Sue became one of the few people in the U.S. to be certified to sign and issue government pay checks to fire crews on wildland fires.

After 14 years as a single parent, in her best move yet, Sue married Jack Tucker in 1982. They had worked together for several years in the Forest Service. They had 40 wonderful years together in both Flagstaff and Prescott. Having moved to Prescott after she retired in 2004. In Prescott, she couldn’t stay inactive, and always wanting to learn new things, Sue went to work for a construction company. However, the fire service drew her back when she went to work for the Central Yavapai Fire District. The CYFD wildland fire fighting greatly benefited because of her extensive knowledge of wildland fire fighting budgets and payments.

Sue finally retired from CYFD in 2012(ish) but, couldn’t remain inactive and did volunteer tax work with the American Association of Retired People (AARP) and became a fully certified tax preparer by the IRS. She volunteered for several years before deciding to finally fully retire in 2021 and stay home.

Sue is survived by her husband Jack, daughter Shelley, grandkids Christopher Burke and Kyle Autrum, three great-grandkids Chris, Tyler and Aubree, two brothers Tom and Dale Lantz and a sister Barbara Lantz. She was preceded in death by an older brother Richard and a younger sister Bette.

Marilyn Sue Tucker will be sorely missed by all who knew her.