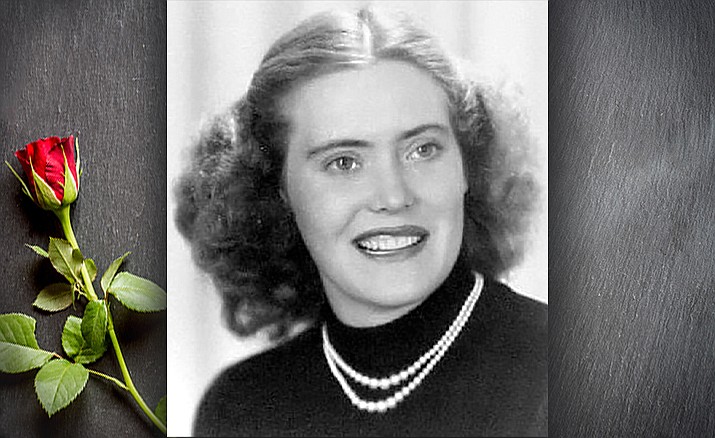 She attended Booker school and West Texas State College before marrying William “Collie” Fillingim in February 1947. She lived in Texas until 1952, when she moved with her husband and children, to Denver. After four years of “Putting Hubby Through School” at Iliff School of Theology, and living in a Quonset Hut, she moved with her family to Timber Lake, South Dakota i 1955. Here, she supported husband as he pastored United Methodist churches. William Fillingim, also, was an associate pastor at Caps, Texas, in 1952 and at Olney Springs, Colorado in 1954.

Sad to leave Faulkton, in 1969, the family moved to a new Church at Wagner, South Dakota. (William, jokingly, would say, “I am running out of sermons, we have to move.”)

In 1970, Elton Rose, William and family retired and moved to Tucson, Arizona, primarily in hopes of finding a dry climate for their asthmatic son.

In 1971, she and her family moved to Prescott and acquired a small R.V. Park.

In 1975, Elton Rose and her family came out of retirement, to pastor at several small churches near Hot Springs, South Dakota. After a few years at Hot Springs, she and William retired again to Prescott. Except she didn’t retire. Elton Rose went on to work 13 years at the V.A. Hospital.

A few highlights of Elton Rose’s Life: She loved to swim in their back yard pool, with her brothers and sisters. This was Gilaloo Creek. She loved going to the Texas reunions every year. Where it could get a little chaotic, because three Fillingim men married three Rose ladies. With a group of people, after the prayer, before we sat down to eat, she would always break into a loud, deep throated, little praise song: “Amen...Amen...Amen...Amen...Amen”. She sang this beautifully. Elton Rose loved to hike the Grand Canyon, to Supai, with large groups of her family. Eight-mile hike with 110 temperature. As soon as she got near Supai, she would jump into the freezing blue, green water. Once, she and her sister, Willa, took a large group to Supai, to see the waterfalls. Once, she and her sister Eda (and Donald) rode horseback down to Supai. They were so sore, that Eda and Elton had to take the helicopter back out of the Grand Canyon. Uncle Donald did not take the helicopter out. He rode the horse.

In 1954, her son, Jerry, age 6, only got lost once in Denver. He got off the school bus at a friend’s house. We found him after a few hours of frantic searching.

Elton Rose loved playing dominoes, Texas 42. She was a master at nello. When she was unable to walk any longer, she loved playing balloon volleyball with her great grandchildren, Oliver and Maple, and anyone else nearby.

She loved playing the accordion, earlier in life. (We still have this instrument.) One of her biggest desires, was that someone in the family would be a piano player. She got this wish. Many in her family, had to take piano lessons. A few mastered it. Her musical grandson Nathan Noel; and two musical great-grandsons, Trent and Dominick; play guitar and drums, in bands. Two of Elton Rose’s great-granddaughters play the violin (Anya and Alaura).

It is always exciting when the first grandchild is born; Cherene was born 1969. Elton Rose taught school a few times, in small country schools. She was tickled when her first grandchild became a teacher.

Elton’s granddaughter Amber, may have been the last to hear the gentle persuasion, years ago: “please take piano lessons, I will pay.”

She has one grandson, Brendan, that is the author of “Yavapai County Sheriff’s Office - 150 years of History.”

Elton did not care for her first name. Thought it was a boy’s name. So, she later became known as “Rose,” which was her maiden name. She has three family members that carry this name: Leah Rose; Kelli Rose; and Abigail Rose. Elton Rose’s three great-great-grandchildren are, Morgan; Salem; and Jackie. The newest addition to Elton Rose’s family is great-granddaughter - Hadlee, born March 8, 2022. Elton Rose was a fighter for Women’s Rights, before it was prudent to be so. As luck would have it, Hadlee was born on International Women’s Day.

This poem was in Elton Rose’s funeral records: title - The Big Ten: “God has always been part of their lives. They pray and give and try to be good neighbors, it is all because of the good wives! The big Ten, fat or slim, young or old, rich or poor -- We are happy to be part of the Fillingim family.” (This appears to have been written by William Fillingim, maybe.)

Elton Rose passed away at 8:01 p.m. on Good Friday, just as daughter Joan walked through the door, and gave her a hug, goodbye.

The Celebration of Elton Rose’s life is at 1 p.m. on Sunday, May 29, 2022, in Granite Dells, Prescott. All who knew her are welcome. If possible, wear something “red,” her favorite color. In lieu of flowers, please donate to the Prescott United Methodist Church. (contact for the May 29 celebration - jessejames50@hotmail.com).