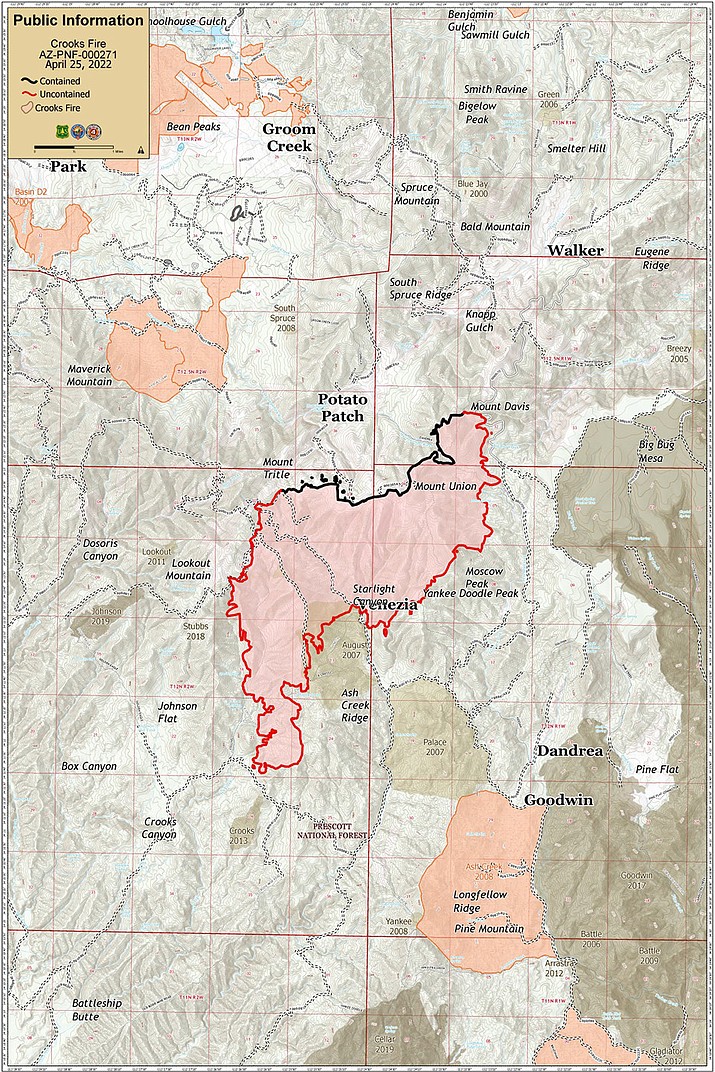 As the Crooks Fire entered its eighth day April 26, flames had spread to about 6,454 acres, driven by terrain-driven winds that pushed the blaze farther south and west, a Prescott National Forest news release reported.

The fire, located 11 nautical miles south of Prescott on the Bradshaw Ranger District near Mt. Union, is now at 16% containment, down from 22% April 25, because of those winds.

However, the fire, which is currently burning “litter and understory timber” as well as “grass-shrubs,” now has 746 personnel battling it. The cause of the blaze remains under investigation.

The afternoon of April 25, high winds increased the fire’s growth and acreage, and upper-level winds pushed the fire’s smoke into the Prescott area, the release stated.

“Crews continued direct [fire] line construction south of Lookout Mountain towards Ash Creek and from Moscow Peak west to Senator Highway,” the release added. “Firefighters strengthened and improved the northern and eastern flanks of the fire.”

“Multiple aircraft will be overhead assisting ground crews aggressively attacking any fires encroaching the [Forest Service Road] FSR 81,” the release stated. “Additionally, crews are building contingency lines to the west of the fire in case conditions cause a change in direction.”

Operational objectives, per the release, include:

• Containing the fire east of FSR 97B.

What follows is a summary of the weather conditions, smoke information, evacuations and the forest closure area. 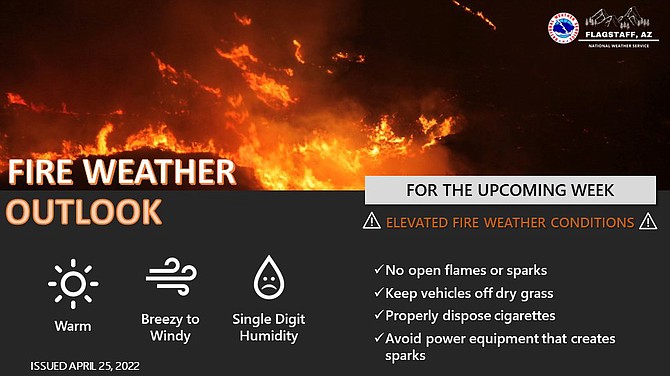 Weather: Dry conditions over the fire show afternoon humidity dropping into the single digits, the release stated. Otherwise, sunny skies were in the forecast. Continued poor humidity will increase fire behavior, with winds out of the south gusting up to 30 mph, the release added.

Smoke information: Residents should be aware of increasing smoke because of winds blowing from the south. Residents can monitor smoke conditions on the Arizona Smoke Forecasting system at bit.ly/3KlwhMk.

Evacuations: Yavapai County Sheriff’s Office (YCSO) on April 25 announced the lifting of evacuations for some portions of northern Walker Road. Residents should visit YCSO’s Facebook page to learn whether they are eligible to return home. The webpage is facebook.com/YavapaiCountySheriff/.

Forest closure: Out of concern for the public’s health and safety due to firefighting operations and fire danger associated with the Crooks Fire, Prescott National Forest officials have implemented a fire-area emergency closure. 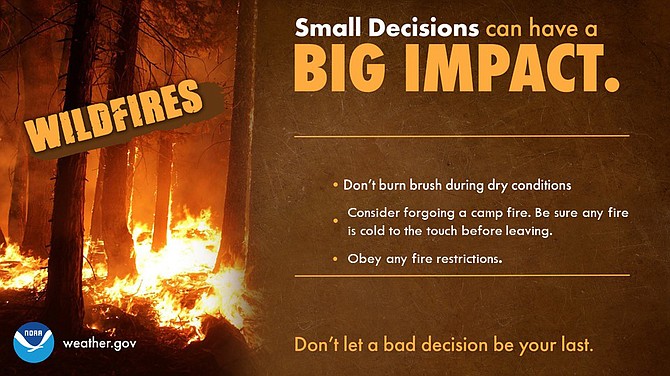