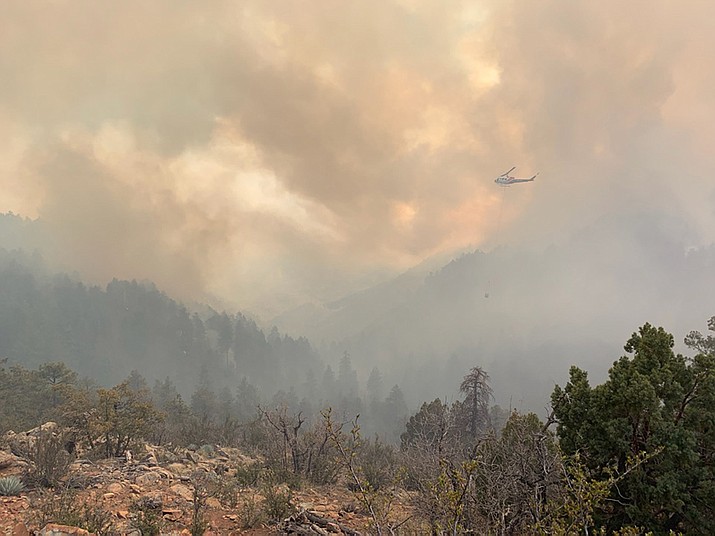 The Crooks Fire has now reached 1,600 acres since Tuesday, April 19, according to the Prescott National Forest update this morning.

It remains zero-percent contained and is under investigation. It is burning in brush, pine and mixed cedar.

Also this morning the Forest Service announced a community meeting set for Wednesday night at 6:30.

Red flag conditions in rugged terrain challenged firefighters’ and grounded aircraft through the day Tuesday. Fire activity increased as wind moved the fire west of Senator Highway and to the north-northeast toward Potato Patch, Walker and Breezy Pines.

Structure assessment activities are progressing in the communities of Potato Patch, Walker and Breezy Pines. Crews continue to look for opportunities to construct indirect line in hopes to keep the fire south of FSR 261 and progressing to the north.

Due to the increased complexity and values at risk on the Crooks Fire, Southern California Interagency Incident Management T4 will be arriving Wednesday and will assume command of the fire at 6 p.m.

Weather: Breezy southwest winds at 10 to 15 mph with afternoon humidity in the teens will bring near critical fire weather conditions.

Evacuations: Information about current evacuation status can be found on the Yavapai County Sheriff’s Office Facebook page at https://www.facebook.com/YavapaiCountySheriff/.

Also, the City of Prescott has closed two recreation areas due to ongoing operations related to the Crooks Fire. Watson Lake and Goldwater Lake recreation areas have been closed until further notice.

For more information and updates from the Courier, click HERE. 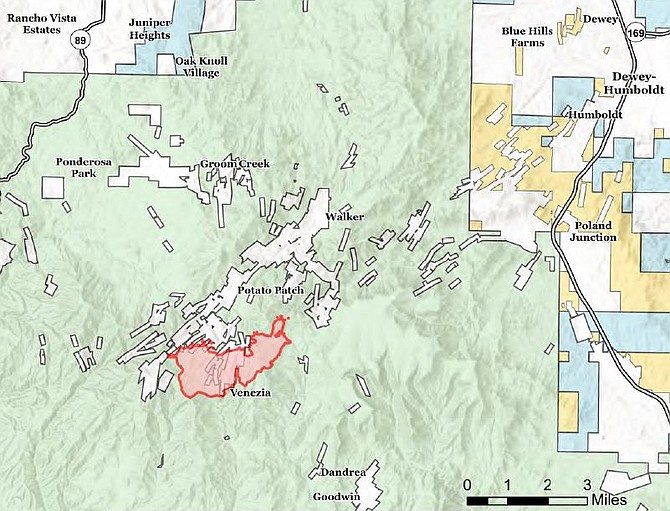 A map of the Crooks Fire, south of Prescott, as of Wednesday, April 20, 2022. (Prescott National Forest/Courtesy)

Watch dCourier.com and The Daily Courier for updates as information is made available.