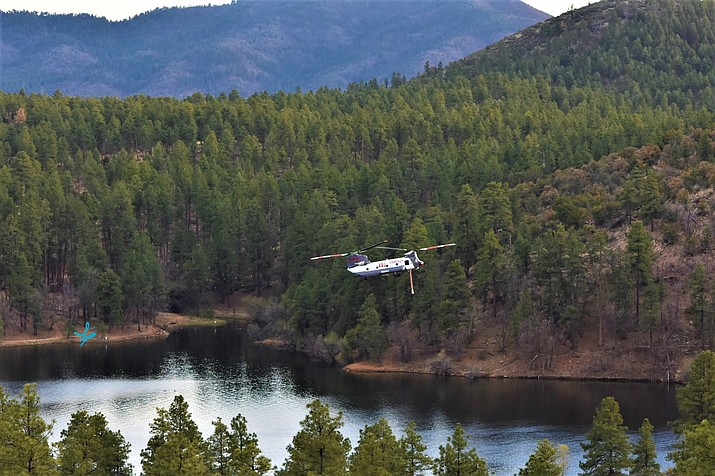 A Chinook chopper is pictured at sunset on Monday, April 18, 2022, approaches Goldwater Lake to collect water to help douse the Crooks Fire, which is burning north of Palace Station. (Laura Flood/Courtesy)

The Crooks Fire has grown to approximately 750 acres and is 0% contained, as of Tuesday afternoon, April 19. It is burning in brush, pine and mixed conifer fuels.

Breezy Pines and Walker Road south of Lynx Lake are now on GO status due to the fire, according to the Yavapai County Sheriff’s Office. A shelter has been set up in the Yavapai College Gymnasium in Prescott if needed. Potato Patch has also been put on GO status.

GO orders were issued for Mount Union and Mount Kippa on Monday.

Ferocious winds are driving the fire in a north/northeasterly direction, causing YCSO to put areas in immediate GO status prior to having a READY or SET advisory. The YCSO is advising everybody in the area of the fire to be prepared and ready regardless of whether a formal evacuation status has been set. However those north/north east of Breezy Pines should be prepared for the possibility that there may not be much notice if there is need for an immediate evacuation order.

According to the Prescott National Forest, closed recreation sites include all sites in Groom Creek and Lynx Lake recreation areas, White Spar Campground, Prescott Circle Trail, much of the Prescott Basin and numerous trails/trailheads.

The Crooks Fire has grown to approximately 600 acres and is zero-percent contained, as of Tuesday morning, April 19. It is burning in brush, pine and mixed conifer fuels.

The fire remained active Monday night as crews worked through the night on structure protection and burning fuels along Forest Road (FR) 261 and along Senator Highway.

Firefighters will focus Tuesday on keeping the fire south of FR 261 and east of Senator Highway. "Fires in Prescott typically are driven by southwestern winds that push the fire to the northeast, therefore, we are prioritizing working on the northeastern part of the fire."

Fire behavior can be unpredictable, and fire managers are asking the public to exercise caution and steer clear of all areas that could be impacted by the Crooks Fire, PNF reported.

Weather: Red Flag warnings are in effect from 11 a.m. Tuesday to 8 p.m. Tuesday evening due to strong winds and low relative humidity. Warm dry conditions are expected Tuesday with temperatures peaking in the afternoon around 70, relative humidity at 10%, with winds out of the southwest at 25 to 35 mph with gusting up to 50 mph.

Evacuations: Information about current evacuation status can be found on the Yavapai County Sheriff’s Office Facebook page at https://www.facebook.com/YavapaiCountySheriff/.

Forest Closure: To provide public health and safety due to firefighting operations and fire danger associated with the uncontrolled Crooks Fire the Prescott National Forest has implemented a forest closure. To view the closure order and map visit Alerts & Notices at usda.gov.

PNF Fire Resources responded at about 10 a.m. Monday, April 18, to the Crooks Fire, at the time a 4-acre blaze burning two miles north of Palace Station off of Senator Highway. Palace Station is located about 17 miles south of Prescott.

The fire is burning through brush, ponderosa pine and mixed conifer, and was at 0% containment as of Monday night. 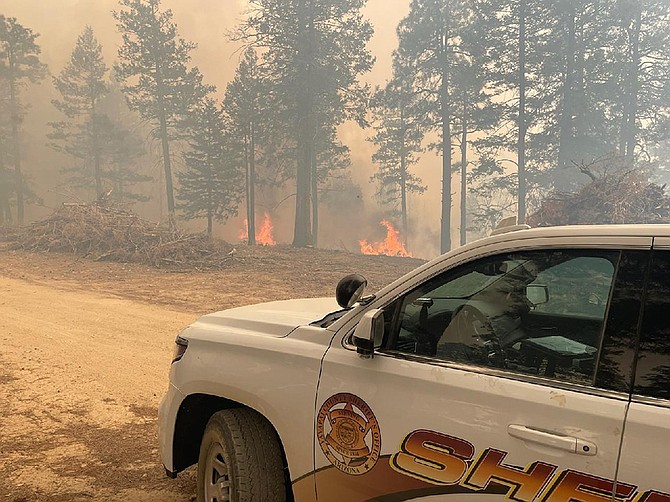 Local resources including aircraft were working throughout the day in rugged terrain identifying hazards and scouting as they began to work to suppress the fire. Resources also including crews, engines and aircraft are on scene. Smoke may be visible from multiple locations including Chino Valley, Mayer and Prescott Valley.

“We have Prescott Hotshots, a fuels crew and engines on scene,” Prescott National Forest Public Affairs official Debbie Maneely stated in an email to the Courier in the mid-afternoon Monday. “They are discussing shutting down a portion of Senator Highway to allow for fire equipment and crews to get on scene safely.” 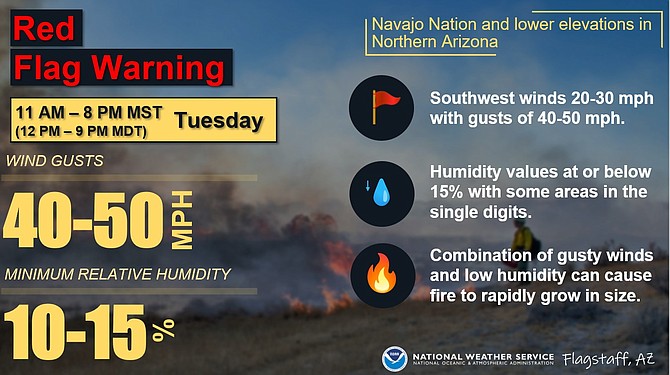 For updates on this story, continue to follow dCourier.com and The Daily Courier. 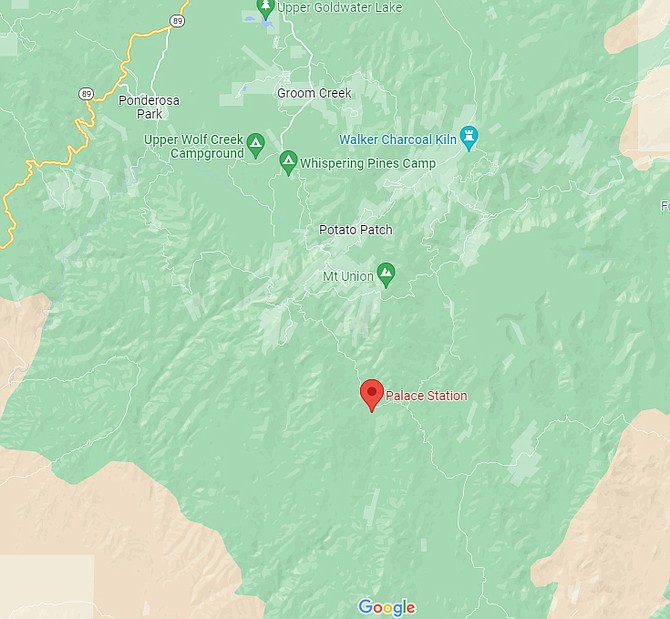 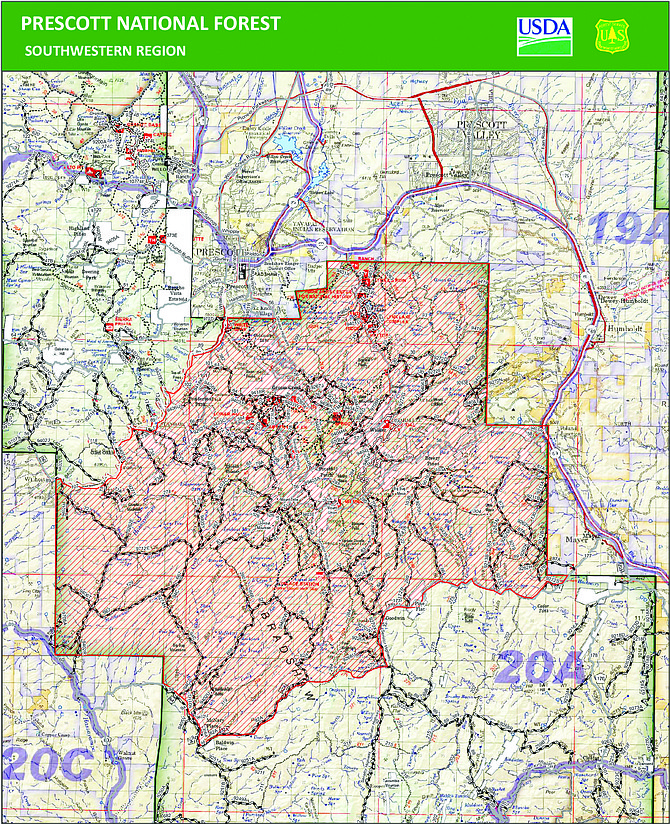