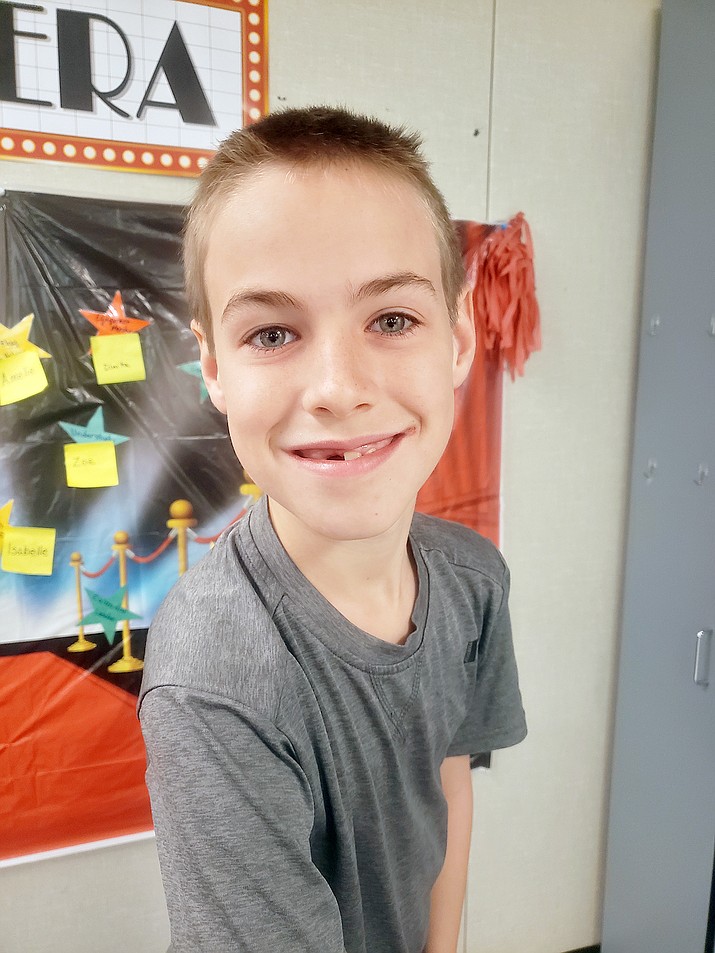 The Chino Valley Unified School District would like to recognize Jake Bennett of Del Rio School as our Student of the Week for the week ending March 31. The information below was provided by the DRS staff:

Jake brings his creative spirit to school each and every day. While in class, with Mrs. Coomer’s fifth-grade group, Jake will share the most creative answers and comments, especially during science. When asked what he wants to do when he grows up his reply was that he wants to take care of cats.

During Free Choice Time in class, Jake has been creating a new video game called “Jake’s World,” which involves his own original art where cats move through a virtual world on multiple levels. Another aspect of school Jake enjoys is Thursday’s Math Rotation Games, especially when one of the games is Minecraft Uno.

After school, Jake is always excited to go home and play his video games with his VR headset. Jake brings incredible energy with him every day and always seems willing to try new things.

Thank you, Jake, for being an awesome Cougar!