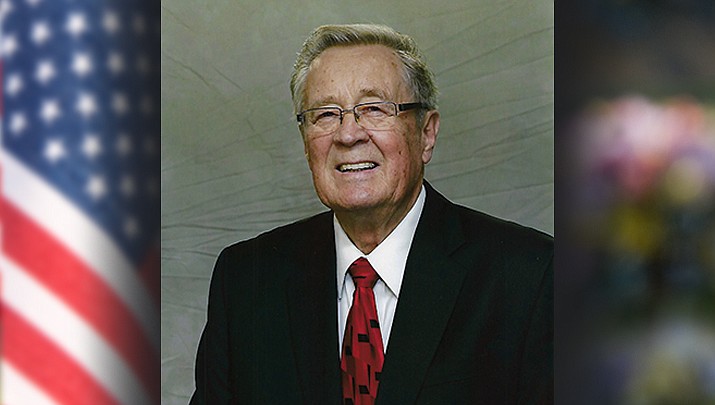 Harvey Carl Skoog, loving husband, father, grandfather, and great grandfather, passed away Wednesday, Sept. 22, 2021, at home, presumably from congestive heart failure. He was 81. He was born Nov. 12, 1939, in Wolf Lake, Minnesota, to Olaf and Saima Skoog.

Harvey’s father, Olaf, immigrated to the United States from Sweden in 1914 on the Lusitania and joined the Army during WWI. His mother was born in Finland in 1900. Harvey was the sixth of seven children.

He attended country school as a child, graduated from Menahga High School (MN), then studied Business Management, Accounting, and Taxation at Minnesota School of Business and University of Minnesota. He worked for Super Value Stores and National Cash Register in Minnesota, and was a firefighter with the Brooklyn Center Fire Department. His accreditations included the U.S. Department of Treasury designation as Federal Enrolled Agent, and National Association of Management Consultants designation as a Certified Management Consultant, among others.

Harvey met Edna, his wife of 61 years, at the age of 16. He thought she was the most beautiful thing he had ever seen. They were married in 1960, and had nine children, 61 grandchildren, and 64 great grandchildren.

In 1974, Harvey moved to Tempe, Arizona, where he was controller for Associated Grocers, and became an independent business consultant and accountant. In 1982, he moved to Prescott Valley, Arizona. He developed, managed, and sold three accounting practices. He retired from self employment in 1999. Though many did not realize this, Harvey was plagued with health issues, beginning in 1993 when he suffered a heart attack, followed by six more heart attacks over the years, three bouts of cancer, and a stroke.

Harvey was appointed to Prescott Valley Town Council in 1984, was vice mayor from 1986 to 1993, and served as mayor from 1993 to 1998, and again from 2004 to his retirement in 2019, with 26 total years of service on the Town Council. Harvey was very influential in the town’s direction and won elections easily, with a handsome majority, and with very little spending on his campaigns. Prescott Valley grew from a few thousand citizens to nearly 46,000 during this time. Some accomplishments during Harvey’s tenure include community-wide sewer and natural gas, a modern water system, low crime rate, solid surface streets, a fiscally responsible budget, parks, ball fields, trails, schools, and medical services. Harvey was very grateful for the town’s staff, Town Council, citizens, friends, and family who supported him throughout the years. He was a true gentleman, a leader-not a boss, and everyone’s beloved mayor. In honor of Harvey’s contributions to Prescott Valley, Civic Circle was renamed Skoog Boulevard at his retirement ceremony.

Harvey believed that public service is a very high calling, involving great wisdom, hard work, the highest integrity, and a prayerful heart. He felt that a public servant must have a sense of statesmanship and want to work constructively for an open government that will best serve the people, while preserving individual liberties. He endeavored that his personal lifestyle, beliefs, and values would be reflected in his work in public service. His faith was of utmost importance to him. He was a very humble, positive person, with an uncommon ability to connect with people, and quickly made loyal friends. He was known for his beautiful smile, his kind, thoughtful ways, his appreciation and encouragement for others, and his witty humor.

Harvey was a highly sentimental person, who saved and treasured tokens, gifts, awards, heirlooms and family history. His home office was literally covered with such items, and was one of his favorite places to be. He was an accomplished writer and published an e-book, “Time to Redeem the America We Knew, Facilitate Capitalism — Socialistic Policies are not the Answer.” Harvey’s hobbies included motorcycling more than 200,000 miles with Edna, hiking, camping, and trips with his motor home.

He was a most beloved dad and grandpa, known for his bear hugs, whisker rubs, picking up hitch hikers, polishing everything, and his sayings, like: Take good care now, Don’t take so long to visit, Remember to scrub behind your ears, That will put hair on your chest, It’s nice to be important but more important to be nice, Are you awake or just walking in your sleep, and Are you behaving your beautiful little self?

He believed that the most precious jewelry around his neck was the arms of his grandchildren. Harvey always modeled treating every person with respect, being honest, giving others the bigger end of the stick, respecting others property, not taking what isn’t yours, and impeccable personal grooming. He leaves a huge hole in our lives and will be dearly missed.

There will be a public viewing on Wednesday, Sept. 29, 2021, from 5:30 to 7:30 p.m. at Sunrise Funeral Home, 8187 Highway 69, Prescott Valley. A private, family service will be on Thursday, Sept. 30. At about 12:15, on Thursday, Sept. 30, the public is invited to line Skoog Boulevard, in Prescott Valley, as a procession travels around the Civic Center. You may join the procession if you’d like, as it travels to Heritage Memorial Park Cemetery, 12000 E. Heritage Memorial Lane in Dewey, for a 1 p.m. public Graveside Service.

Thank you for your prayers and support during this time. Your condolences and gestures of love are truly appreciated.

In lieu of flowers, please consider a donation to the building fund of Prescott Laestadian Congregation in honor of Harvey Skoog, P.O. Box 25517 Prescott Valley, AZ 86312.

Arrangements are through Sunrise Funeral Home. Information was provided by the family.