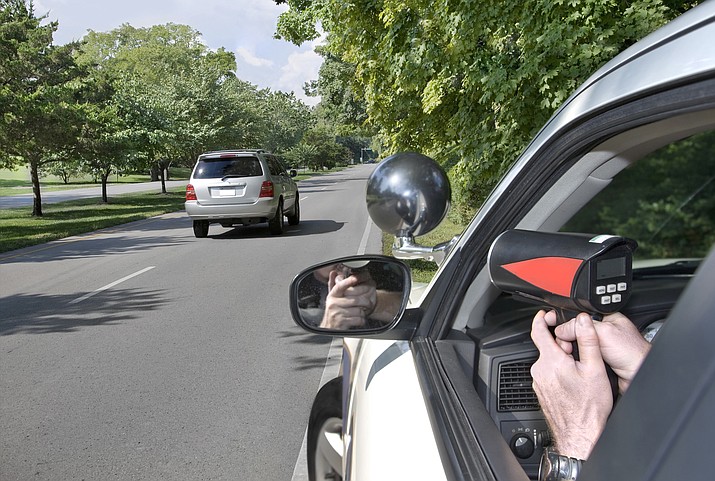 Iron Springs Road, the main roadway between Prescott and Skull Valley, has seen several fatal accidents in the last few years due to drivers not obeying traffic rules and to dangerous driving maneuvers. The enhanced traffic enforcement effort is in response not only to accidents along the corridor, but to community concerns as well.

Over the weekend, deputies stopped numerous vehicles, all driving at least 20 miles over the 50-mile-an-hour speed limit.

“The road is narrow and has no shoulder. It was not designed for speed” YCSO Sgt. Michael Lewis of the Traffic Enforcement Section said in the press release. “In 2020, we responded to 49 speed related crashes with one fatality. So far this year we have had three fatal collisions on our roadways. This is down from nine fatalities last year, so we are doing something right.”

“These grant funds allow us to dedicate patrol to the traffic enforcement detail without having to pull deputies from their other duties” Sheriff David Rhodes said in the press release. “As are most law enforcement agencies, we are short on personnel and it’s difficult to be everywhere, every day. However, speed mitigation is one of the most critical safety issues we face on our roads, so we have dedicated the Highway Safety funds specifically to this problem.”

Deputies will continue to provide additional patrols to neighborhoods and community roadways using the Governor’s Office funds and in a combined effort of the Tri-City and Verde Valley task forces.

“YCSO wants to stress how dangerous excessive speed and unsafe driving maneuvers can be,” the news release stated. “Though the tendency to be in a hurry is human nature, please slow down and allow yourself and others to arrive at their destinations safe and unharmed.”