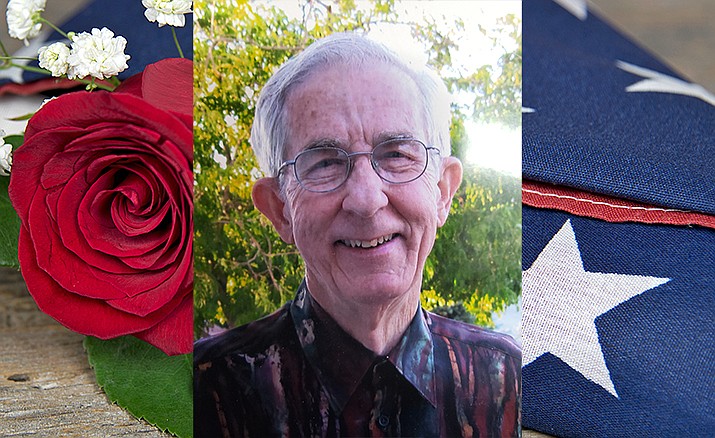 Eugene Clarence Kropp or how we all knew him, Clarence, passed away in Prescott, Arizona on Tuesday, August 31, 2021. He was just 3 weeks shy of his 95th birthday. Clarence is survived by his son, Keith, of Ventura, CA; daughter, Jane Broome; son-in-law, Michael Broome, both of Prescott; granddaughter, Sarah DePaul and her husband, David, from Chandler, AZ and grandson, Eric Broome and his wife, Miranda from Anchorage, AK. Clarence was also survived by Marilyn Millspaugh of Prescott, whose love and companionship gave the last 13 years of his life purpose.

Clarence was born in Fort Smith, Arkansas on September 22, 1926, the youngest of a family of furniture makers with generations of experience in the region. He joined the Navy during World War II and later graduated from University of Arkansas in Fayetteville. On September 17, 1950 he married Mary Ann Kenney, the love of his life, the mother of his children and his best friend for 57 years until her death in 2007. Clarence loved his retirement town and the community of Prescott for 15 years.

We all have our Clarence stories to tell but if you were to title them it would be “A Gentle Man”. He was kind and considerate, but more than anything he lived to care for others. Clarence also loved to bargain shop and was the resident expert on coupons and bargains in the Prescott area. Marilyn was heard to comment more than once when planning a dinner date “Can’t we go somewhere once without a coupon”.

Clarence and Marilyn enjoyed playing bridge weekly at the Prescott Adult Center as well as attending many Yavapai Symphony and Pops concerts. They enjoyed traveling together to Europe, Canada and throughout the U.S.

Clarence was a proud volunteer with People Who Care for over 13 years. His love of bargains and desire to do for others was perfectly matched in assisting in grocery shopping for those unable to get out. His last grocery run was completed just days before he died. God loved this gentle man.

His grandchildren loved to visit Bobo and Nani where Bobo’s grilled cheese sandwiches and secret supply of peanut M&M’s were always a hit. They also learned early that this nice man could be stern with misbehaving grandchildren. But they never doubted his love and appreciated his advice and council. He was happy to have attended both of his grandchildren’s weddings in the past two years. What beautiful memories this kind, considerate, gentle man has left for us all.