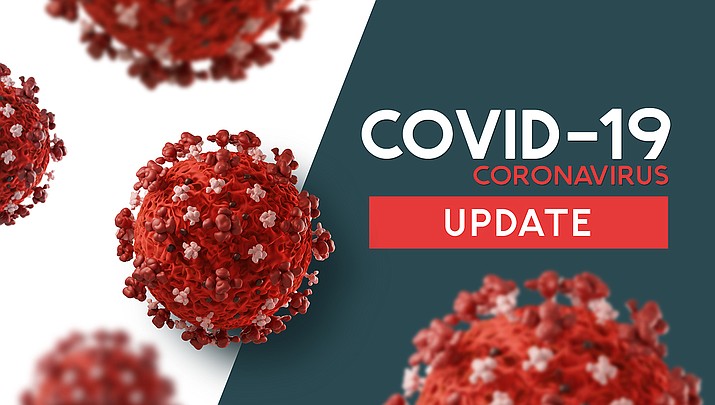 The additional 2,480 confirmed cases and 62 deaths reported Thursday increased the pandemic totals to 1,039,492 cases and 19,141 deaths, according to the state’s coronavirus dashboard.

The dashboard also reported that 2,071 virus patients occupied hospital beds as of Wednesday. The state’s virus-related hospitalizations peaked at 5,082 on Jan. 11 during the winter surge.

Citing staff shortages, hospitals have said they’re stressed by the recent influx of virus cases and that it’s difficult to treat all patients needing treatment for other medical reasons.

According to Johns Hopkins University data, the state’s seven-day rolling averages of daily new cases rose over the past two weeks from 2,626 on Aug. 24 to 2,907 on Tuesday.

The average of daily deaths rose from 19.1 to 32.3 during the same period.

PHOENIX (AP) — Two young girls were found dead in an apartment along with their mother who had multiple stab wounds that were apparently self-inflicted, police said Thursday

Police said the girls were found dead in a bed Wednesday night with no obvious signs of external injury and it wasn’t immediately known how they died. They were identified as Royal McIntyre, 4, and Aleyah McIntyre, 9.

The mother’s identity wasn’t released. She was initially transported to a hospital in critical and unstable condition but police later said in statement she was expected to survive.

Officers went to the scene and found the dead girls and the injured woman after a man believed to be the children’s father called 911, police Sgt. Andy Williams said.

The man was “pleading for help” when officers arrived, the police statement said.

The man initially was detained for questioning but was later released, the statement said. His identity was not released.

The investigation continued as some circumstances remained unclear, including when the children died, Williams said.

SAHUARITA (AP) — A southern Arizona plant that processes pecans will close at the end of the year but the owner says it will continue to grow the nuts in the region.

The company’s processing plant is located in Sahuarita, 18 miles (23 kilometers) south of Tucson. The company grows pecans in the Santa Cruz Valley and in San Simon.

Tariffs, low-cost competition from Mexican processors and financial impacts of COVID-19 “combined to make it unsustainable to continue shelling pecans in Sahuarita,” the company said in a statement.

The company said the plant closure will eliminate the jobs of 130 of the company’s 270 employees and that they will be provided a severance package.

After the plant no longer processes pecans, it will be used for storage and shipping of pecans, the company said.

FLAGSTAFF (AP) — The attorney for a U.S. Air Force airman accused of kidnapping and killing a Mennonite woman is arguing to limit evidence from being allowed at trial that prosecutors say ties him to the crime.

Mark Gooch has pleaded not guilty to the shooting death of Sasha Krause, 27. The Mennonite woman disappeared from her church community outside Farmington, New Mexico, on Jan. 18, 2020, as she was gathering material for a Sunday school class.

Her body was found more than a month later in a forest clearing outside Flagstaff, Arizona, her hands bound by duct tape.

A Coconino County Superior Court judge in Arizona was to consider motions Thursday to determine what evidence can be admitted in Gooch’s trial, which is scheduled to start later this month. He faces life in prison if convicted of first-degree murder and other charges.

Gooch attended the hearing virtually from jail with a black eye, the result of a fight a few days ago with another inmate, Coconino County sheriff’s spokesman Jon Paxton said. Authorities are investigating what led up to it.

Defense attorney Bruce Griffen has asked that evidence be excluded from trial on Gooch’s whereabouts leading up to Krause’s disappearance, his connection to the Mennonite church, communication with his family and information on crimes he might have committed against Mennonites as a teenager.

Griffen said the relevance of the evidence doesn’t outweigh prejudice against his client.

In court documents, prosecutors argue Gooch displayed a pattern of disdain for Mennonites. While Gooch’s parents were part of the church and he grew up in Wisconsin in the faith, he did not become a member.

Backpage trial recessed while one defendant gets virus test

PHOENIX (AP) — A judge has called off testimony Thursday at the trial of the former operators of the classified site Backpage.com so that one of them could get tested for the coronavirus.

The recess came after Andrew Padilla, who worked as the site’s operations manager, let the court know that he wasn’t feeling well.

Judge Susan Brnovich told jurors to plan to return to court Friday morning. If Padilla tests positive, the judge said court staff would contact jurors to relay what the plan will be going forward.

Michael Lacey, James Larkin, Padilla and three other Backpage employees are on trial on prostitution facilitation charges in what authorities say was a scheme to knowingly sell ads for sex. All six have pleaded not guilty to the charges.

Prosecutors say the site hired content moderators whose job was not to remove prostitution ads but to edit them so they weren’t so blatant.

The defendants maintain they didn’t publish ads for sex and that the site was protected by the First Amendment in publishing legally allowable ads for escort services. Their lawyers also say the site beefed up its efforts to spot illegal ads and earned compliments from law enforcement for their assistance in investigations.