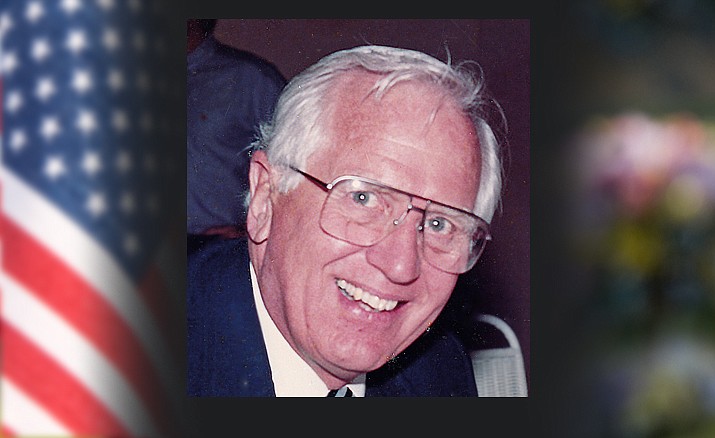 Born in the small town of Peru, Indiana on March 4, 1922 Dick was the third child of Lloyd and Stella Smith. The family was doing well with the recovery of the economy following WWI. Then the crash of the stock market in October, 1929 followed by the sudden death of Dick’s father in February, 1930, forced the family into hard times. They lost everything but their home which was paid off. Dick’s mother, brother and sister all went to work to meet the cost of living.

Life in a small town had its challenges with schooling, odd jobs after school, homework and chores. In 1927, Lindbergh’s flight across the Atlantic in 1927 electrified the town and ignited Dick’s ambition in aviation. A few years later, Art Shropshire, Dick’s close friend from grade school, offered to pay the $5.00 for their first plane ride. The two of them soared over their small town with fascination and excitement and heightened their interest in aviation.

When Dick was 19, he enrolled in the Navy’s V5 Aviation Cadet training program. Graduating with Wings of Gold was followed with 12 months of flying missions in the Pacific Islands during WWII.

Upon returning, the GI Bill offered a college education at USC, graduating in 1949. Dick was flying Weekend Warriors in the Naval Reserve and was recalled to active duty in August, 1950 for a two-year duty overseas in the Korean War. He retired from the Navy upon returning from Korea.

He pursued the heart of a beautiful registered nurse, Marie Christine Todt, from 1947 until they were married May 13, 1950 at the Blessed Sacrament Church in Hollywood, CA.

Four sons were born while a career in the investment business as a stockbroker followed for 28 years. Along the way, Dick and Marie set up a forty-acre avocado grove, which they sold in 1998 and retired. They spent 13 years in San Marcos, CA and then moved to Prescott, AZ to a retirement complex. Their retirement years were spent traveling, working with charities and civic involvement.

Marie pre-deceased Dick in May, 2015 after 65 years of marriage following a long illness. After a long and fulfilling 99 years, Dick passed away September 29, 2021. Surviving are their four sons, Michael Smith and wife, Cindy of Littleton, Co., James Smith and wife, Toni, of Bonita Springs, FL., Peter Smith and wife, Lancia of Thornton, CO., and Jeffrey Smith and wife, Barbara of Escondido, CA and numerous grandchildren and great-grandchildren.

Dick and Marie lie in Arizona Pioneers Home Cemetery where their headstone reads: “ They toiled together in life, now they rest together forever”

Following the Mass, the family will receive friends at the home of Tom and Wendy Lukes, 6994 N. Lariat Lane, in Prescott, AZ.