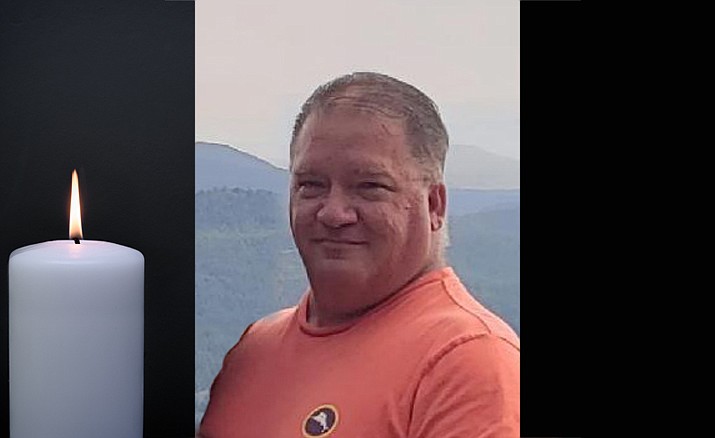 Charles Paul Norbury II, aka “Big Charlie”, age 45, passed away, September 27, 2021. Charlie was born April 8, 1976 in Glendale, Arizona to Charles J. and Marla Norbury, and spent his youth growing up in Glendale. Focused mostly, on football as his sport of choice, along with rebuilding cars and tinkering with auto parts, etc. Charlie graduated from Apollo High School in May 1994.

Shortly after graduating, Charlie made a visit to a small rural town up north, to visit a friend from high school. Not too long after, decided to relocate permanently, to Chino Valley, AZ as his new home. While living with his family friend, Charlie began full time employment at Valley Tire & Lube. Unbeknownst to him, through this endeavor, he was about to meet the love of his life, Michelle Sullivan, whom he’d later wed, December 5, 1997.

Charlie continued his career growth and focused his attention heavily on his family and ensuring their needs were always met. Shortly after marriage, the new couple moved into Prescott to start their new lives and begin to grow their family. Charlie was employed with Big O Tire for a couple of years, then obtained his CDL and shortly after, started a new line of work with Pepsi and after a couple years, settled into his ‘Dream Job’, working for Hensley Distributing Co., moving through the ranks within the organization, over the next 19 years, as a distributor for Budweiser products. He was truly in his element and never once, thought of this as a ‘job’. This was truly his career choice and he was devoted to it, as much as he was to his own family and considered many of “the guys” he worked with, as family of his own.

Charlie was selfless. Never had a concern for himself, just so long as his family and those around him, were taken care of. Truly a family man. His wife, children, grandson and even extended and in-law family, came first. Charlie knew his wife’s love of Starbucks and whether a tough day at work, or just because, he always made sure to stop by and deliver a Starbucks coffee, to cheer her up.

Charlie was an avid collector of sports cards, garbage pail kids and Budweiser beer steins. He loved the outdoors and enjoyed sports of target shooting, picnics, camping, and fishing.

His favorite pastime though, was spent working hand in hand with his boys, rebuilding cars. Whether their own, or fixing up to sell, he enjoyed the time he spent with his sons and most recently, the time he spent with his newest grandson, Charlie IV! Nothing provided Charlie with greater joy, than being able to have time to spend with family. Whether a barbeque or gathering at the house, or even a sightseeing joyride on his new motorcycle, to watch a sunset with his wife. He always made sure he had time to enjoy the special moments.

Charlie is survived by his wife and soulmate of 24 years, Michelle Norbury of Prescott Valley; son, Charlie Jr., of Prescott Valley and son, Joshua, of Payson, AZ; grandson, Charles P. Norbury IV, and another grandchild on the way. Charlie is also survived by his father, Charles Sr. of Live Oak, Florida; sisters, Mikie Norbury of Live Oak, Florida and Angela Hess, of Ankeny, Iowa. Charlie was preceded in death by his mother, Marla, in June 2011.

Sunrise Funeral Home, of Prescott Valley, has assisted the family with all arrangements. A Celebration of Life and Memorial Service will be held, Saturday, October 16, 2021 from 1 - to 5:00 p.m., for family and friends to gather, at 8624 E. Valley Rd. Prescott Valley, Arizona 86314.