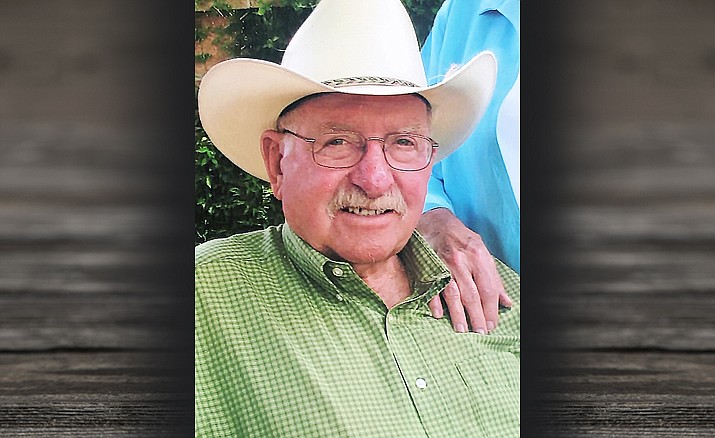 Milton Frank Shipley passed away peacefully Tuesday, November 16, 2021 in Prescott, Arizona. Born December 19, 1932 in Sparks, Nebraska to William and Helen Shipley, he was a 1951 graduate of Prescott High School and a long-time Prescott resident. Frank was an active PHS alum and engaged Prescott Citizen. He could be found volunteering around Prescott, supporting various causes, and even driving his 1936 Chrysler Airstream in the annual Prescott Christmas parade. One year, the parade emcee aptly noted, “You can always count on Frank Shipley” - a nod to Frank’s commitment to the parade, but also to his overall hard-working and dependable demeanor.

Frank worked several years as a fireman and engineer for Santa Fe Railroad and then for Southwest Forest Industries as the general manager of maintenance and operations. He retired in 1993 and later returned to Prescott to manage the restaurant and bar at Antelope Hills Golf Course with Martha Johnson Shipley, and together they lived for over 25 years off the 11th hole of the South Course.

Frank enjoyed hunting with his sons Audie, Daryl and his nephew Dennis. He was a fan of horseracing and owned several thoroughbreds. He was a lover of birdwatching, his pets and everything outdoors. He is preceded in death by Dorothy Sue Martin, his wife from 1956 until her passing in 1992, and Martha Johnson Shipley, whom he was married to and lived with in Prescott until her passing in 2020. He is preceded in death by six siblings, his son Audie Ralph Shipley and survived by his son Daryl Duane Shipley. He is also survived by his stepson Tim Duck (wife Candace), his stepdaughter Diane Oviedo her children and grandchildren, and his numerous nephews and nieces. He was loved in life and will be deeply missed in death.

A private ceremony with the family is planned. The family would like to thank all the care givers at Alta Vista Senior Living Community and Maggie’s Hospice. In lieu of flowers, a donation can be made to Maggie’s Hospice or the Yavapai Humane Society in Frank’s name.