The Setting: A Grand Canyon Region title, a berth into the 4A state playoffs and bragging rights are all on the line when area rivals Bradshaw Mountain and Prescott meet Friday night at Bill Shepard Field. To the victor go the spoils, so to speak. Behind an impressive defense, Bradshaw Mountain is playing its best football of the season, winning four of its last five games after a 1-2 start. Prescott, meanwhile, has compiled a 2-2 record in its last four games after a 4-0 start. The Badgers have won four straight in this rivalry series, their best run in the series’ 29-year history since they won nine in a row from 1998 to 2006. Prescott leads the all-time series, which began in 1993, with a 22-6 record. 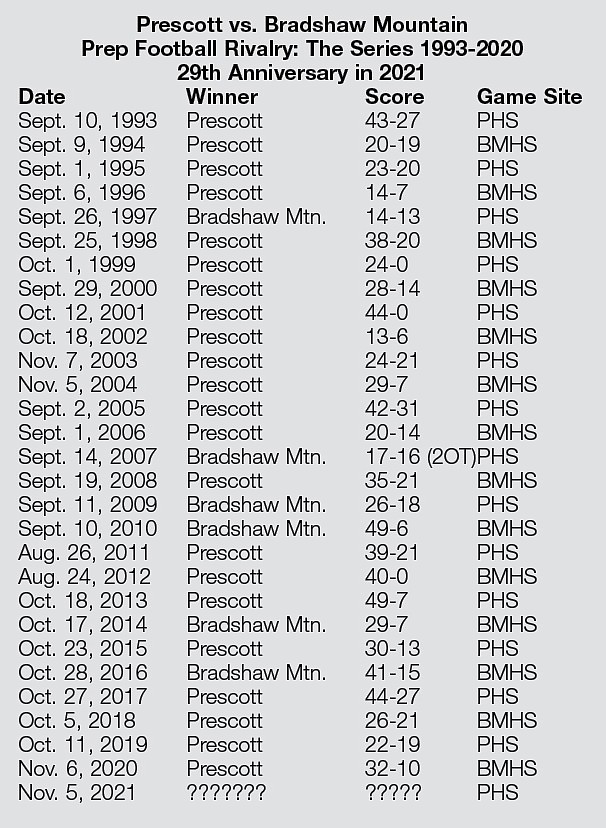