Fire crews get control of wildland fire in Dewey-Humboldt 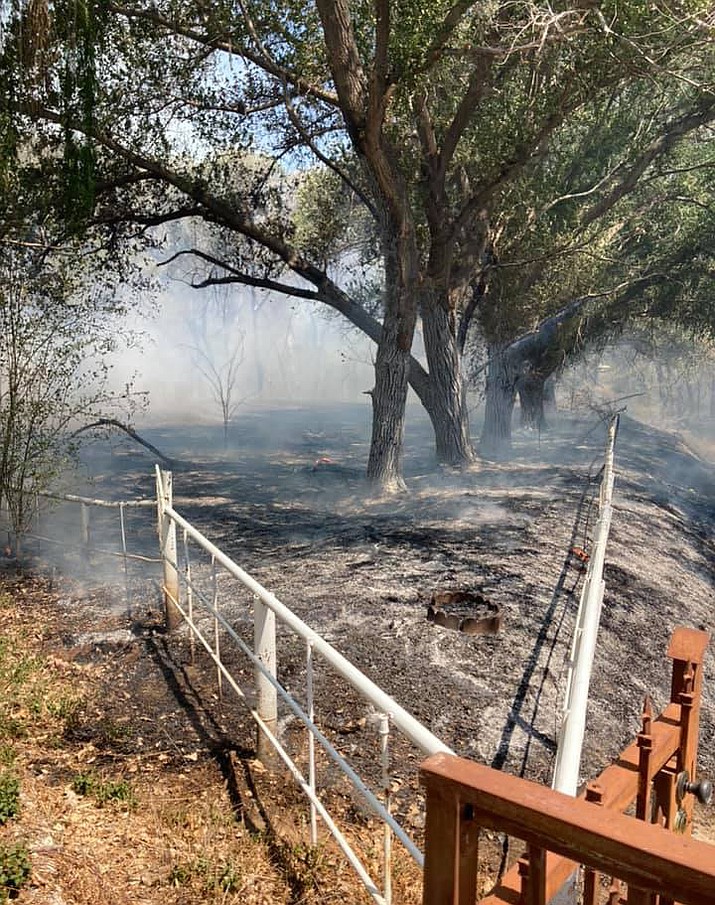 Property in Dewey-Humboldt is charred after a fire Thursday, May 27, 2021. (Central Arizona Fire & Medical)

Central Arizona Fire and Medical Authority (CAFMA) announced Thursday afternoon, May 27, that crews managed to quickly gain control and stop the spread of a wildland fire that was burning in Dewey near Mortimer Farms.

At approximately 1:30 to 2 p.m. Thursday, CAFMA and several other agencies responded to a wildland fire, approximately five acres, that was burning in moderate to heavy vegetation in Dewey-Humboldt, just east of Mortimer Farms off Old Black Canyon Highway. 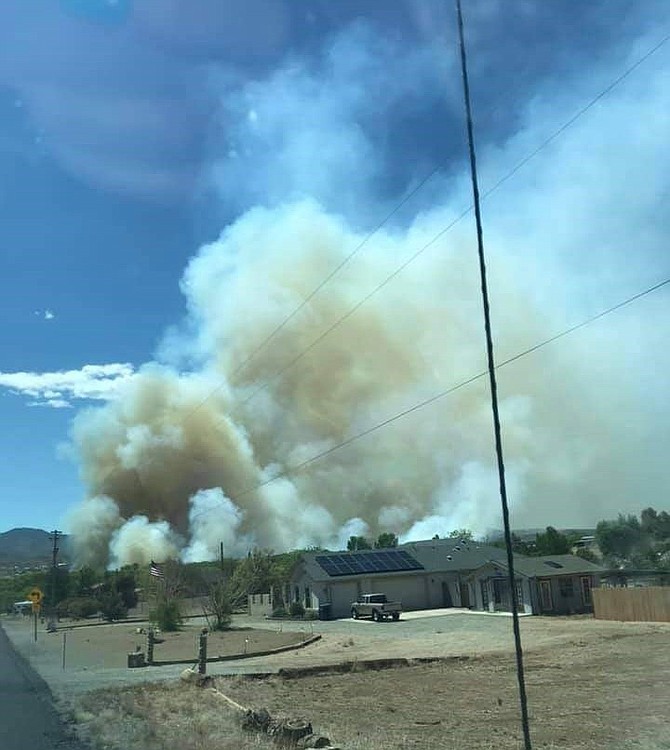 Smoke rises from a fire in Dewey-Humboldt on Thursday, May 27, 2021. Fire crews were able to quickly contain and extinguish the blaze. (YCSO)

CAFMA stated on Facebook at 2:25 p.m. that the fire had been contained to a wash and an area with a lot of thick vegetation. At 3:25 p.m., an update stated forward progress of the fire had been stopped, no structures were threatened and the fire was currently in mop-up mode. 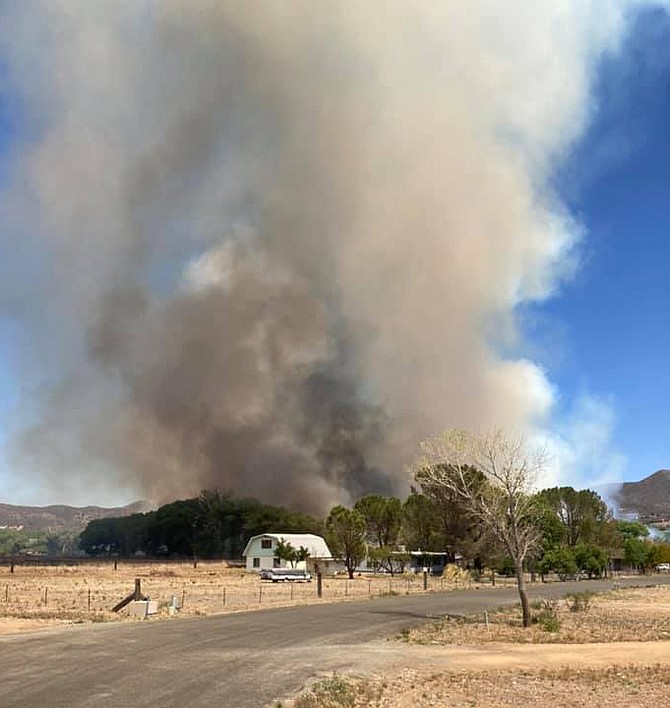 Watch the Courier and dCourier.com for infomation as it’s made available.