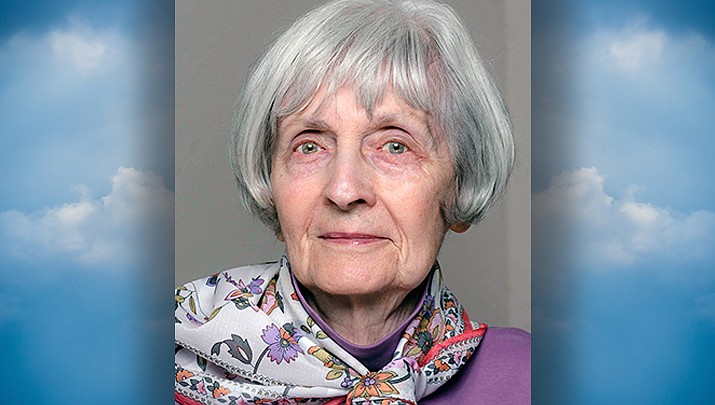 Emilie Louise Berroth Killian was born in Philadelphia, Pennsylvania, on the 9th of February, 1933, first child of Frederick Gottlob Berroth and Elizabeth (Betty) Blanch Smyth. Emilie had two siblings, Barbara and Fred. Emilie graduated from Frankford High School in 1951. After high school, she attended the Pierce School of Business Administration.

Emilie met her husband, Gerald (Jerry) Killian, in the early ’50s and they married in 1955 in Philadelphia; they immediately moved into their first home, one that they had been building together since they were engaged. After having three children, they made the decision to move the family to Arizona so Jerry could build houses in the sun instead of the snow. While in Arizona, they bought a ranch and raised cattle, and Emilie grew an impressive vegetable garden to feed the family. After many years in Arizona and raising seven children, Emilie and Jerry moved to Gold Beach, Oregon, to enjoy retirement, where they pursued their passions for birding, history, gardening, and fishing. In 2002, they returned to Arizona and settled in Prescott Valley.

Throughout Emilie’s long and fruitful life, she had opportunity and need to fill many roles and pursue many passions. She was a devout Roman Catholic since her baptism over 61 years ago. She was active in her local historical society, women’s group, and library. She was an accomplished genealogist, an avid birder and nature lover, and a voracious reader of mystery novels. Emilie was also known for her writing, whether it was letters to friends and family or newsletters to her grandchildren that passed on the family history. She was a lover of all things purple, owls, hummingbirds, and dragonflies.

Emilie was preceded in death by her husband of more than 56 years, Jerry Killian. She is also preceded in death by her parents, Fred and Betty Berroth, and her brother-in-law, Ben Fugitt. She is survived by her children, Elise (Bill) Pitterle, Miles (Barbara) Killian, Scott (Angela) Killian, Robin (Allen) Frechette, Mark Killian, Jordan (Corena) Killian, and Morgan Killian. Emilie is survived by 17 grandchildren and 13 great-grandchildren. Emilie is also survived by her sister, Barbara Fugitt; her brother, Fred (Marsha) Berroth, and many nieces and nephews.

Emilie passed peacefully from this world on May 9, 2021. She left an indelible mark on this earth and she will greatly be missed.