Prescott Valley police chief gets 2-day suspension for use of profanity, name calling, other discourteous and disrespectful conduct
Investigation shows no violation of town code regarding harassment, honesty and integrity, or staffing decisions 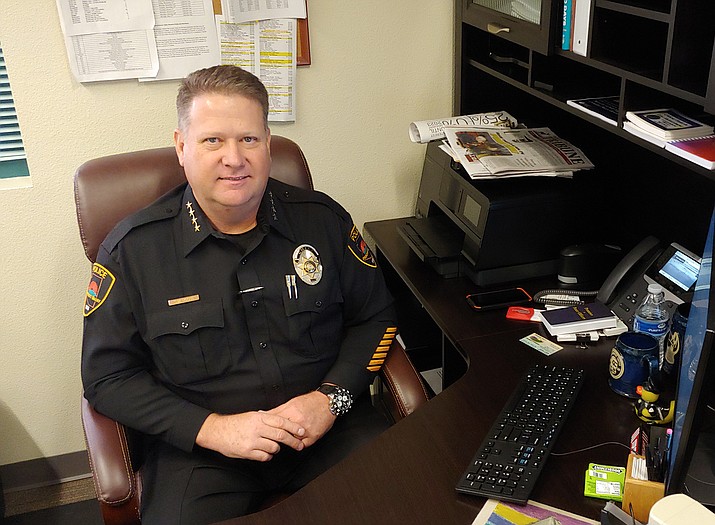 Chief Roser was placed on paid administrative leave on April 27 pending completion of the investigation.

A summary of the investigation report states that staff at the Prescott Valley Police Department reported to Mayor Kell Palguta incidents that if true, would potentially violate the Town’s Code of Conduct and Harassment policies, thereby creating a hostile work environment within the department.

The allegations of harassment leading to a hostile work environment were related to Roser’s interactions primarily with supervisory staff at the department. Allegations were also made pertaining to Roser’s administrative and policy decisions in the areas of recruitment, shift and vehicle assignments. Some allegations also referred to Roser’s communication and management style.

Seventeen Prescott Valley Police Department staff members, ranging from officers, sergeants, commanders, lieutenants, and other supervisory positions, were interviewed as part of the investigation process, according to the full investigation report. Each one detailed their previous interactions with Roser and whether they’ve experienced any sort of harassment first hand or have at least seen it occur around the department.

The allegations stated in the interview process included Roser calling a staff member a “gear queer,” him making inappropriate hand gestures and motions to staff members in a way one would do for a dog or pet, and yelling at, scolding, belittling, bullying, name calling and/or addressing concerns with staff members in front of others rather than in private. To note, some also said that they had not heard of any such behavior or did not consider Roser’s actions to be a form of harassment.

Ultimately, the investigation deemed unfounded the allegations that Roser violated the Town’s Code regarding Harassment, Honesty and Integrity, and Staffing decisions.

However, alleged reports of violation of Town Code regarding Code of Conduct and Standards of Conduct were sustained as they applied to Chief Roser’s communication style with his management team, his use of profanity, name calling, dealing with performance deficiencies in a group of employees, and other discourteous and disrespectful conduct.

“The investigation was conducted and hopefully all parties involved are able to improve their leadership styles based off the knowledges they’ve learned through the investigation,” Palguta told The Daily Courier. “We as a Town need to move in a positive direction.”

The two Code of Conduct subsections that were deemed violated by Roser are:

The three Standards of Conduct articles that were violated by Roser are:

The full investigation report stated that Roser admitted his communication style with his management team can, at times, be “abrupt” and “moments of frustration may be perceived by some as disrespectful and unprofessional.”

Roser acknowledged his use of profanity, though he believes is within “culture norms” of a typical law enforcement environment, is something that he can and should improve upon in his leadership role as Chief of Police, the investigation report stated.

Because of his violations of the Code of Conduct and Standards of Conduct, the investigation recommended a two-day unpaid suspension and a letter of reprimand, along with remedial training on Emotional Intelligence and Code of Conduct.

It was also recommended that the Chief’s office provide additional training and resources to staff, communication of changes in procedures and protocols to staff well in advance of implementation, and that the Chief advise and honor that the Town has an open-door policy for all personnel to communicate to Town leadership in accordance with policies without fear of retaliation.

These recommendations were approved by Town Manager Larry Tarkowski, and after completion of the two-day unpaid suspension, Roser returned to work on Monday, May 17.

“I want to get past this and I’ve got a job to do as the Police Chief and that’s to make sure that the citizens of Prescott Valley and the police department are taken care of,” Roser told The Daily Courier. “I’m glad to be back at the helm and I value our citizens, I value our employees and this is an unfortunate circumstance that took place, but we are 100% going to get past this. We are going to move forward and we’re going to become the police department that I envisioned in the past and I envision in the future for Prescott Valley.”