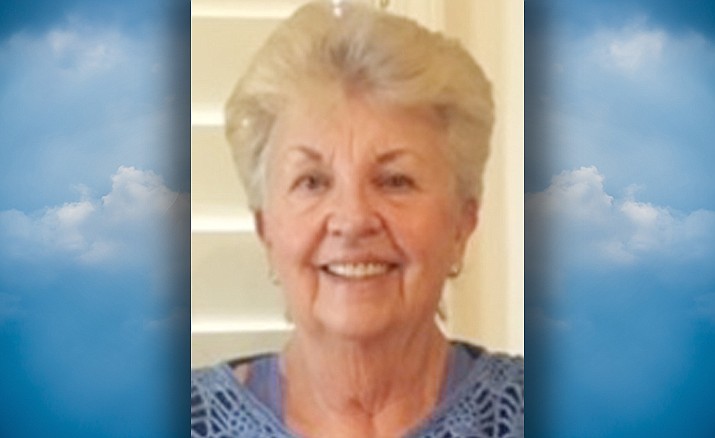 Sandra Kay Gilderoy, known to all as Sandy, left this earth May 4, 2021, at her home in Dewey, Arizona. She was surrounded by family at the time of her passing.

Sandy was born in Puyallup, Washington on Dec. 2, 1943, to Lura and Lester Divelbiss and was the fifth of six children, three brothers and two sisters.

Sandy met Larry Gilderoy in the 6th grade and by the 10th grade, decided they would make a GO of it. That was the year 1960. Sandy and Larry got hitched Nov. 23, 1962, in Auburn, Washington. In September 1963, the Gilderoy’s had their first child, Karey. Less than a year later, in September 1964, their second daughter, Sherry was born. In January 1970, Larry Dean came into the world. The family moved to Phoenix, Arizona in 1972.

In 1983 Larry and Sandy started their own business and it is still a thriving business today, known as Quality Industrial Products. Through the years, family members and friends have worked for and still work for QIP.

Through coaching and playing softball, a large village of friends was developed in Phoenix and those friendships continue today.

Sandy was very athletic and her competitive nature shown through playing tennis, softball and of course GOLF! Sandy and Larry moved to the Prescott Country Club in Dewey, Arizona in 1998, where they found their forever home and a whole new group of people that would become their extended family.

Sandy loved to cook, sew and make beautiful gifts for family and friends. Her hand-made holiday decorations were epic and she loved to give gifts that were truly stunning and from her heart.

In lieu of flowers/gifts, Sandy and Larry would love for you to donate to her favorite causes, Stepping Stones Foundation, Inc - http://steppingstonesaz.org or Maggie’s Hospice and Palliative Care https://www.maggieshospice.com.