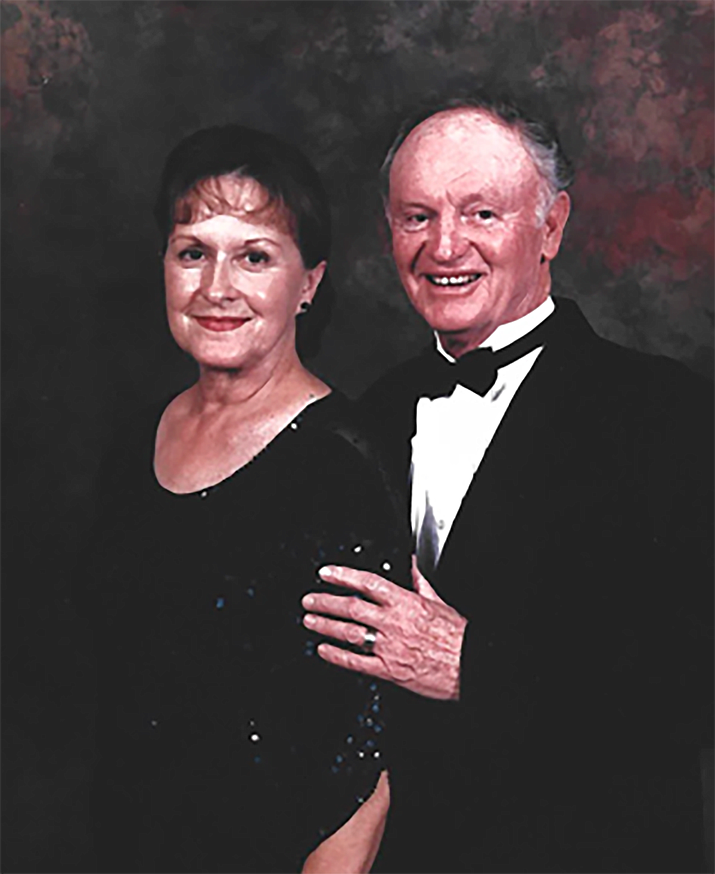 Russell was born in West Virginia and Betty (“Maxie,” as she was known to us) was born in Cottonwood, Arizona. They were married on Jan. 19, 1997, for 24 years.

Russell was the oldest son of Lucille Rachel Phares and Russell Thomas Phares. He was raised in West Virginia, Ohio, and Pennsylvania. Russ was a veteran of the Korean War, 101 Airborn 1957, a journalist and a technical writer. He enjoyed biking and took part in the “Bike for Ike” campaign, riding his bicycle across America in his youth. He moved to Prescott in 1968 to raise a family with Mary Hope Phares. He worked at Yavapai College, the YMCA, the Adult Center and Catholic Social Services but spent most of his time raising his children.

Betty was the youngest of five children to Mary and Bert Maxwell. After the war, her family moved to Prescott from Cottonwood, where she finished her schooling. She went to work for the Elks Theater where she met Claude Cline, who she eventually married. They owned and operated the Prescott Theaters and Drive-in until Claude’s death. Betty loved to travel, was an aspiring artist, loved to dance and sing (she had a lovely voice). She supported the local art association her entire life. She became involved with local politics (Republican Women of Prescott), was a delegate and organized many of the campaigns for Arizona’s politicians. She was voted Best Dressed Woman of Prescott in 1968. Betty (Maxie) is deeply missed.

Russell Phares and Betty Cline were married on Jan. 19, 1997. This was a second marriage for both. Russ and Betty (Maxie) traveled extensively visiting friends (Australia and Alaska) and enjoyed frequenting regional casinos. They relished their final years together.