Woman shot in head during altercation at Prescott Valley home, airlifted and survived 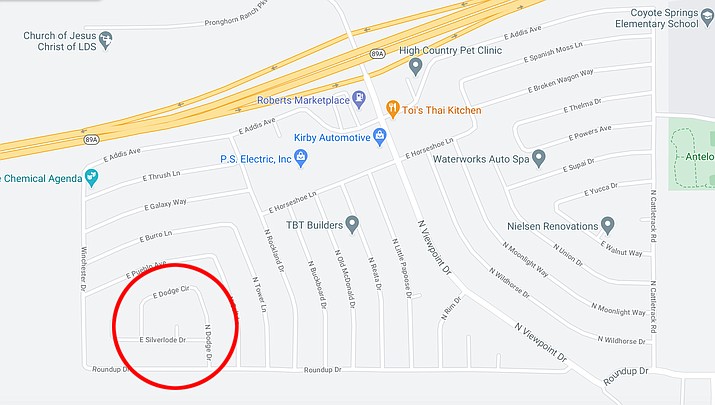 A woman survived being shot in the head after an altercation at a Prescott Valley home Friday night.

According to a news release from the Prescott Valley Police Department (PVPD), around 5 p.m. on March 5, officers responded to reports of shots fired in the 7100 block of E. Dodge Circle in Prescott Valley.

Upon arrival, police contacted the victim. Central Arizona Fire and Medical Authority (CAFMA) treated the woman for gunshot wounds to the back of her head and she was airlifted to a Phoenix hospital. Her injuries were non-life threatening, the release stated.

PVPD police and detectives continued the investigation and learned an altercation had occurred between parties at the residence. Possible suspects have been identified. No arrests have been made at this time.

"There is no danger to the public," PVPD said in the release.

The investigation is ongoing and will be updated as other details become available.

In the release, PVPD reminded residents that "if you see something, say something."