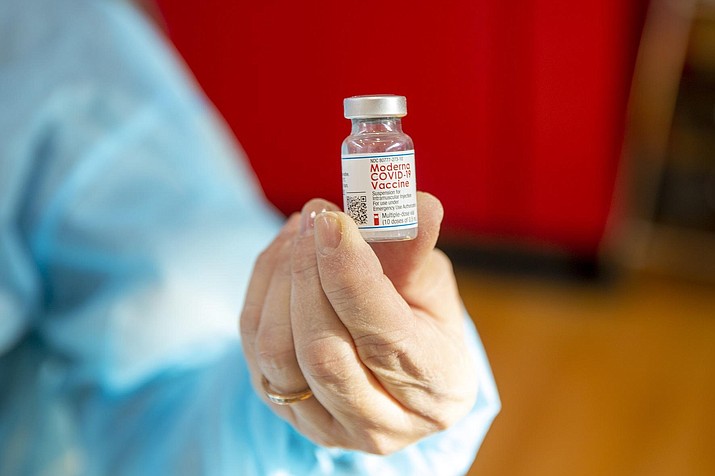 But not everywhere just yet.

Beginning at noon Tuesday, March 2, the Arizona Department of Health Services will be taking about 50,000 appointments for those 55 and older at the state-run vaccination sites at State Farm Stadium and Phoenix Municipal Stadium. Anyone from any county is free to book a vaccination there.

For those looking for something closer to home, however, it may take more time.

That’s because the change in rules, made on the advice of the state’s Vaccine and Antiviral Prioritization Advisory Committee, applies only to counties where at least 55% of residents age 65 and up already have gotten their first dose. And most counties haven’t quite gotten there yet.

But Dr. Cara Christ, the state health director, said there is a workaround of sorts.

“Say that they hit 52% (of those 65 and older) and nobody’s signing up for appointments,’’ she said. “If a county feels that they’ve met the demand they can move on to the next group earlier than that.’’

The move is a sharp departure from the priority-based system the state had been running. That put people in line generally based on their occupations, with those 65 and older being added only relatively recently.

But Christ told Capitol Media Services the change makes sense, citing a figure that those in the 55-plus age group are far more likely to die from the virus.

And adding everyone older than that, she said, would cover anywhere from 56% to 66% of Arizonans who have medical conditions that place them at severe risk.

“What we’re seeing is that the data is showing us that as you move up in groups of 10 years it significantly increases an individual’s risk, regardless of chronic medical condition, for hospitalization and death,’’ Christ said. “It made sense to move to an age-based prioritization.’’

What it also does is sharply cut the wait time for those 55 and older.

“It was going to take us quite a while before we even got to 1C,’’ Christ said.

And if you’re 55 or older but didn’t have an underlying medical condition? The old system put you in Phase 2, a group that would not be eligible for even a first dose until sometime this spring or summer.

Now they won’t have to wait that long.

“We’re going to start going 55-64, all adults, whether you have a chronic medical condition or not,’’ Christ said. And she figures that make sense, given the number of people in that age group that have medical conditions, rather than forcing them to wait.

The new system also sets the stage for vaccines for even younger people.

Christ said the same rules would apply: When a county gets at least 55% of people age 55 and older vaccinated, then it can open the doors to those 45 and older. And so on.

Agency spokesman Steve Elliott said the fact that Maricopa County is now opening up appointments for those 55 and up does not mean anything is being denied to other counties, some of whom are still struggling to meet the needs of older residents.

He said each county gets its own allocation based on population. So the doses being given out at the two state-run sites in Maricopa County are from that county’s share of the vaccines and do not cut into the supply elsewhere.

And he noted that the state-run sites use the Pfizer vaccine because they have the facilities to keep it at the sub-zero temperatures necessary; rural counties have been shipped only the Moderna vaccine which can be kept in regular freezers.

Elliott said that some rural counties may have run short recently because of delays in the Moderna vaccine linked to the storms in Texas, though he said they should now be back on schedule.

Finally, he said anyone from any county where they cannot get a vaccine is free to make an appointment at either of the state-run sites.

The new system also sets the stage for vaccines for even younger people.

Christ said the same rules of availability would apply: When a county gets at least 55% of people age 55 and older vaccinated, then it can open the doors to those 45 and older. And so on.

There’s something else in the changes Christ announced Monday.

She said that counties that have sufficient supply now will have the ability to vaccinate those front-line essential workers who, under the current priority system, are not yet eligible.

Percentage of individuals 65 and older who have gotten at least one dose of vaccine in each Arizona county.

Editor's note: This story has been updated to reflect a phase level correction.