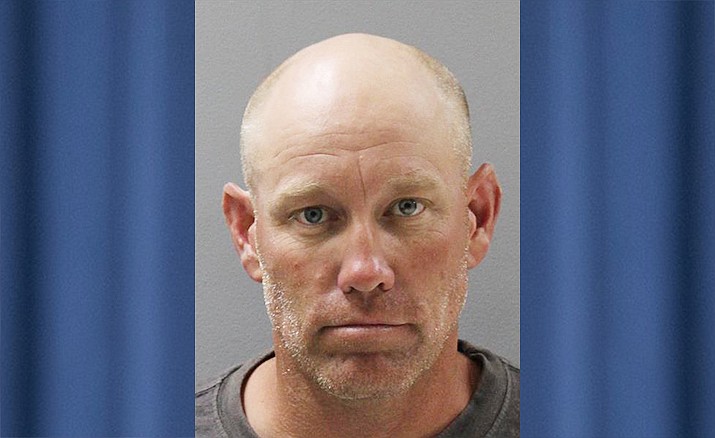 Editor’s Note — Beginning today, July 1, and continuing through July 22, Yavapai Silent Witness will be running its 48th annual Catch 22 program. During this period, the Courier will assist local law enforcement in highlighting one fugitive each day to garner the public’s assistance in locating these individuals so law enforcement can take them into custody. Since the Courier prints five days a week, look for two entries in the Friday and Sunday editions and online at dCourier.com.

The Yavapai County Sheriff’s Office is kicking off its annual Catch 22 program, the 48th of its kind, according to a news release Wednesday afternoon.

Chris Wilson, director of Yavapai Silent Witness, said between Thursday, July 1, and July 22, a new fugitive will be highlighted and a $500 cash reward (some fugitives may have a higher reward) will be offered for information that “leads to the arrest of the fugitive.”

“This program is very successful, leading to the arrest of 106 felons and paying almost $51,500 in rewards since its inception,” Wilson said in a YCSO statement.

On Sept. 8, 2018, Pearsall was camping in the area of Bear Siding Camp Site near the Verde River when he approached the victim from behind, and allegedly unprovoked, struck the male victim about the face and head several times with a hardened piece of wood until the victim went to the ground unresponsive and bleeding from the head and face, according to a news release.

As a result of the attack, the victim suffered a concussion, a traumatic laceration, partial loss of his right ear and multiple bruises and abrasions. Pearsall was arrested, was subsequently out on bond at the time of the trial and fled prior to the verdict and sentencing.

Pearsall, 43, is described as a white male, 5-foot-11, 165 pounds with blonde balding hair and green eyes. His last known address was in the Prescott area.

“Pearsall is believed to change his appearance often, and is possibly driving a white 1999 Acura TL 3.0 4 door with a fictitious plate or no plate,” Wilson said in a statement.

Pearsall is wanted on charges of attempted first degree homicide, as well as two counts of aggravated assault. As a result, he has a warrant with a $100,000 bond.

Thanks to many donations from concerned members in our community, Yavapai Silent Witness is offering up to a $3,000 cash reward for information leading to Pearsall’s arrest.

In addition, due to the much-appreciated cooperation of the U.S. Marshal’s Service’s Violent Offender Task Force, there is now an additional $5,000 available for a tipster who provides information leading to the arrest of Pearsall. This means, there is up to $8,000 reward available for the tipster who provides information leading to Pearsall’s arrest.

All calls or tips provided to Yavapai Silent Witness will be completely anonymous. You never have to give your name.