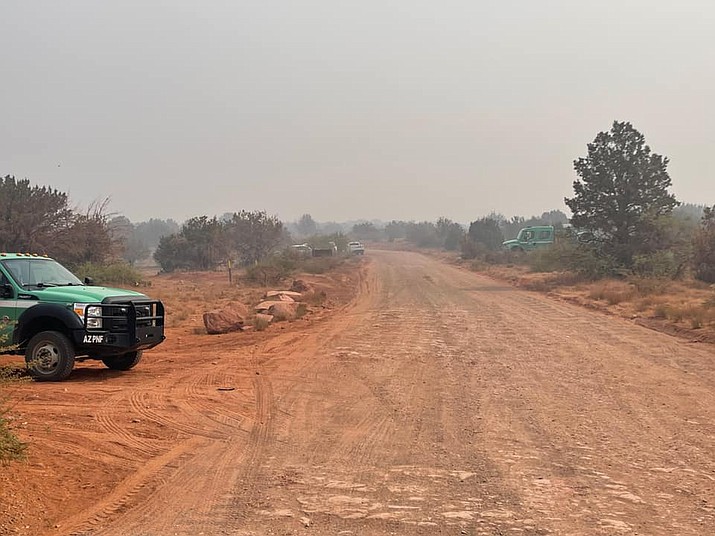 The Prescott National Forest Service reported little change to the Rafael Fire with 78,708 acres burned and 59% containment, according to news release Tuesday morning.

A total of 596 personnel are working the lighting-caused fire, which is four miles north of Perkinsville.

So far, no structures have been damaged or destroyed by the blaze.

No smoke is being detected on any air quality monitors Tuesday morning, according to fire officials.

“Tonight, what smoke is present may settle into the Chino Valley and Verde Valley areas,” fire officials stated Tuesday in a news release.

Fire crews were expected to continue to patrol and mop up the fire perimeter Tuesday afternoon. 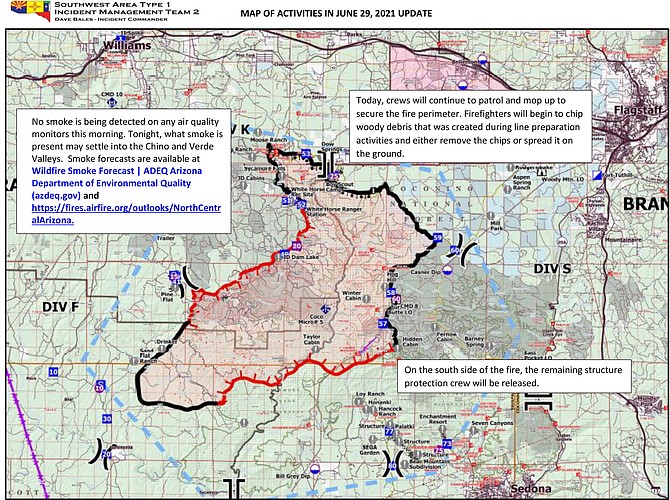 “Firefighters will begin to chip woody debris that was created during line preparation activities and either remove the chips or spread it on the ground,” a news release stated. “Smoke from burning interior fuels will continue to be visible for a few days.”

On the south side of the Rafael Fire the remaining structure protection crew will be released. But, with thunderstorms and possible rain are predicted Tuesday afternoon, firefighters around the fire were prepared to take suppression action on any new ignitions resulting from lightning strikes.

The process of demobilizing crews and equipment will continue.

“Wildfires are no place for recreational drones — they put firefighters and aircraft personnel at risk and will shut down aircraft operations, hampering firefighting as well as firefighter safety. Remember if you fly, we can’t,” a news release stated.

Evacuation status as of 6 a.m. June 29 (Notifications are in place until status is rescinded or changed by each respective: