COVID-19 variant has touched down in Arizona; best offense is a strong defense — vaccination 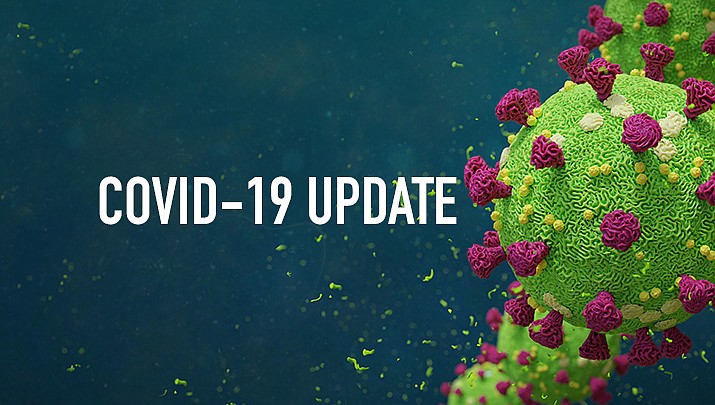 For folks eager to return to life as it was before a global pandemic, there is good news and not-so-good news.

For those who are fully vaccinated, the threat of the Delta variant is still minimal.

Since May, the state has diagnosed 49 people in Maricopa and Pinal counties, but the bulk of those, or 90 percent, are not vaccinated individuals. State health officials also have indicated that the Delta variant has been found in northern, southern and central Arizona. At this time, the second-highest rates in the nation are in neighboring Colorado, officials said.

For those who only have a solo vaccination from the dual-required vaccines, Moderna and Pfizer, or who have not yet become vaccinated, the threat is significantly higher, according to state and local health officials.

The national and state news reports about the new variant indicate that 90% of all new cases by August will be from this new strain, according to Terri Farneti, the public health coordinator for the Yavapai County Community Health Services who is tracking the latest information on the newest strain.

As with the initial COVID-19 spread, Yavapai County wasn’t the first in line, but it wasn’t immune to the virus, and the likelihood is this new strain knows no geographical boundaries, either, Farneti cited from o health officials across the state and nation.

What is most troubling about this new strain, for those who do contract the virus, Farneti said it is deemed to be 50% more transmissible and people suffer more serious illness.

As people across the nation are well aware, the COVID-19 virus, and now its mutated variants, are deadly to some people, particularly the most vulnerable and health-compromised in the population.

So all the more reason for people to do what they can to avoid contracting the illness with both safe health practices — face masks, hand washing, maintaining proper physical distance from others – and vaccinations that are now pretty available. Most retail pharmacies and health clinics now offer the vaccine that is provided at no charge to individual patients.

To date, in Yavapai County, there is a 43.3% full vaccination rate, with the highest percentage among those 65 and older at 68.2%. Those under that age tend to be in the 30% range, Farneti said. The national goal is 70% vaccination rate to create herd immunity.

The Delta variant, identified first in India and known as B.1678.2, is noted to be the fastest spreading of several virus variants, including one from identified in Brazil, Farneti noted from research she has obtained from various groups, including the non-profit Translational Genomics Research Institute.

The nation’s Chief Medical Advisor Dr. Anthony Fauci has declared that the Delta variant is “the greatest threat” to the concerted efforts to protect the American public against the COVID-19 virus.

Not unexpected, the virus’ new strains are more virulent, with the Delta variant now composing 20% of all diagnosed cases nationwide, Fauci said.

His advice to thwart this threat: GET VACCINATED!”