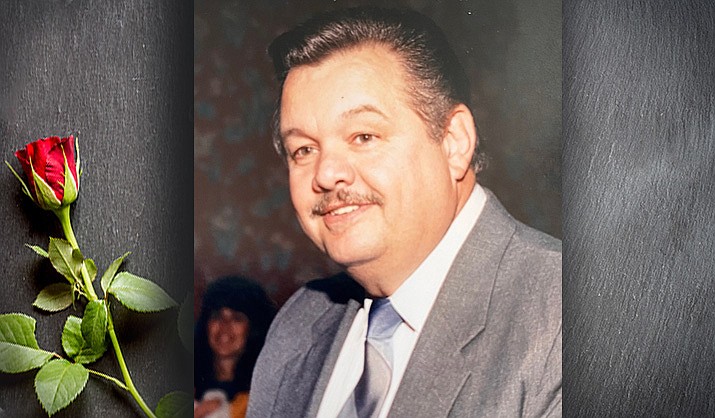 James Joseph Fiorenza was born in Dearborn, Michigan on April 15, 1937 to his parents, Charles Angelo Fiorenza and Assuntina (Susie) Guarascio. He passed away in Prescott, AZ on June 15, 2021 at the age of 84.

Graduate of Huntington Park High, Class of 1955. He was a Korean War Veteran in the US Navy from 1955-1957. He played the saxophone and clarinet in the Naval band and was also a member of the Naval baseball team. He married Jacqueline Marie Evans on August 30, 1958 at St. Matthias Catholic Church in Huntington Park, CA. He attended the University of San Diego from 1959-1962.

He graduated with a double Bachelor’s Degree in History and Recreation and was also a credentialed teacher. He still holds the record today at University of San Diego for highest batting average playing with the college baseball team. Jim was an avid fisherman, bowler, golfer, baseball/softball coach, umpire and player. He loved playing poker, throwing annual family picnics and playing bocci. He worked as a Senior Recreational Specialist and Administrator for LAUSD for 35 years. He was also the Director of Transportation for Students Run L.A. and helped manage multiple recreational programs such as Pepsi Hot Shots, Play Ball with The Dodgers, Pass, Punt, and Kick and the Special Olympics. He was a past Grand Knight of the Knights of Columbus in both Huntington Park, CA and Downey, CA. He was a member of the Knights of Columbus in Prescott, AZ. Jim was known to many as “The Candy Man” due to his kind and giving nature. He has touched the lives of many throughout his lifetime. Services will be held on Friday, June 25th with a Rosary at 11:30 a.m. and Funeral Service at 12:00 p.m., at Sacred Heart Catholic Church, located at 150 Fleury St., Prescott, AZ. 86301. Graveside services will be held after the Funeral Mass at 2:00 p.m., at the Prescott National Cemetery located at 500 AZ-89, Prescott, AZ 86301.