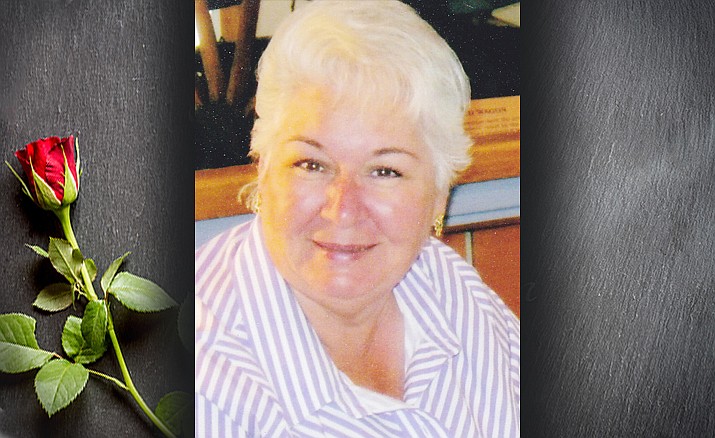 Jackie Rizzo, nee Norris, was born in December 1948, in Cedar Rapids, Iowa. When she was 4, the family moved to the San Fernando Valley, in California, where she grew up.

While attending Sylmar High School, she began working part-time for the Veterans Administration Hospital in Sylmar. Upon graduation in 1968, she started studying food science/nutrition at Long Beach City College in conjunction with her work at the V.A.

Also in 1968, she met the love of her life, Anthony “Jack” Rizzo, whom she married on July 13th of that year. For him, it was the beginning of a 53-year journey with the heart and soul that will never be forgotten; she was one of a kind.

She retired in 2005, having completed a 38 year career with the V.A. and began a very creative and fruitful phase of her life that lasted until her passing on May 16, 2021, after a brief battle with aggressive cancer.

Jackie is survived by her husband, Jack; and two brothers, Terry and Larry Norris; Larry’s wife, Nancy; nieces, Jacqueline and Sierra and nephew, Matthew, all of whom loved and appreciated Jackie very much.

Jackie was a positive, energetic person with an upbeat, effervescent personality, that everyone was drawn to. She was very well liked and made friends with everyone she met, most of whom referred to her as “our Jackie.” Jack would always tell everyone he met that she was his Earthly Angel. In addition, she had an abundance of physical, metal, and spiritual energy that enabled her to exercise her innate and multifarious creativity. Whether it was decorating the house, arranging the yard, reupholstering furniture, tatting, or putting together a balanced and palate-pleasing meal, she was in her element and did an excellent job. When she was in the kitchen, “Jackie has a masterful way of taking the simplest of ingredients and coming up with a truly wonderful dish, if not a masterpiece.”

During her retirement, Jackie became involved with the Prescott Master Gardener organization, becoming a Master Gardener herself. As was typical with her, her fellow gardeners cherished her friendship and spirit of volunteerism.

Spiritually, as Jack says, “Jackie believed that all good things come from God. She was a truly devout Christian, who was tolerant of other people’s views and beliefs, remaining nonjudgmental. We found spiritual solace at the Trinity Presbyterian Church and the Science of Mind Spiritual Center.”

Needless to say, Jackie was a friend to all and will be greatly missed by all who called her “friend.”