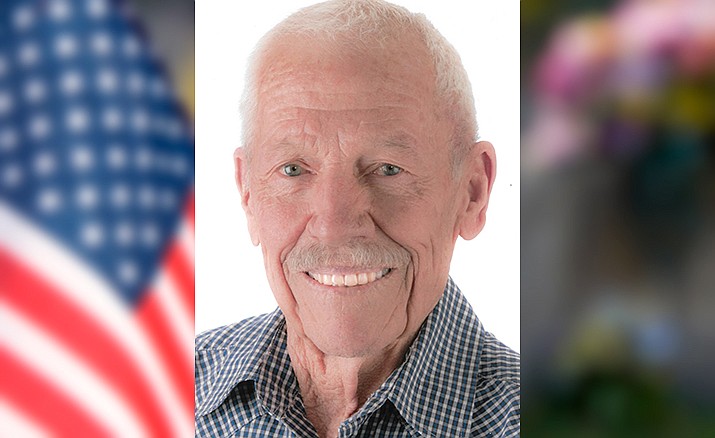 When Dave was born in Chicago, his parents were living in Winnetka, Illinois, where he spent his childhood. He always spoke fondly of the summers he and his brother, Edward, spent in Wisconsin and the winter vacations in Miami Beach. Traveling was one of Dave’s favorite things to do, and he traveled every chance he got and managed to see a large part of the world during his lifetime. Dave came “out west” for the first time with his mother in 1941.

After spending the summer working on a dude ranch in Arizona, he went home and started high school in September. Arizona had struck a chord in his heart, and he came back and spent the remainder of his high school years in boarding school first in Tucson and then Phoenix. After high school he enlisted in the Navy. Germany had surrendered about two weeks before he graduated, and he was still in boot camp when the fighting was over, he spent the remainder of his time in the Navy in Corpus Christi at the Texas Naval Air Squadron. After being discharged he went on to Princeton, where he graduated with a degree in Economics. After college he worked for two years in a lumber mill in Oregon, and then went home to Illinois and started in a training program at the First National Bank, but he had taken a liking to the family farm and learned quite a bit about cattle from the farmer who ran the farm.

That is where he got his start in the cattle business. Arizona still held a special place in his heart and in 1953 he purchased the W Diamond Ranch in Skull Valley. He loved the ranch life and continued to run the ranch until he sold it in 2014. Not long after he moved to Skull Valley he met Virginia MacDonald, a widow. She moved to Hawaii for a few years and when she returned, they married. Virginia had 4 children, and he adopted her youngest daughter, Callie, but he loved all of them as his own.

Dave served on the Skull Valley School board for 10 or 12 years when Callie was young. He was appointed to the Yavapai County Planning and Zoning Commission soon after it was organized in 1968, and served almost 30 years, several of those years as chairman. Dave also served on the Southwestern Yavapai County area board of National Resources Conservation District (NCRD) for quite a while. He and Virginia divorced in 1976. He then married Kathleen “Kay” Tully from Ireland, who had moved to Arizona for her health. They remained married until she passed away in 2014. After their wedding they spent many years traveling and enjoyed taking painting classes from Alice Leffingwell at Yavapai College, which led them on workshops to some incredibly beautiful locations around the world.

Community has always been important to Dave, and he contributes to the Yavapai Regional Medical Center, Yavapai County Big Brothers and Sisters, of which he spent many years as a Big Brother himself, and the Sharlot Hall Museum, to name a few.