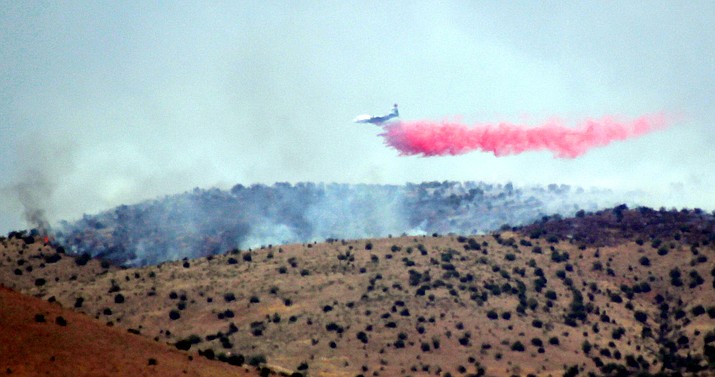 This video by CAFMA Type 3 engine crew assigned to the Wildcat Fire.

The fire is burning on wildland off Perkinsville Road and west of the Garchen Buddhist Institute, which is east of Chino Valley and north of Prescott Valley. At approximately 2:15 p.m. Thursday, Maneely said she received word that the fire was showing “minimal activity” and “some occasional torching of junipers.”

Crews were en route to make access to the fire to start putting lines to it. In the meantime, aircraft tankers were dropping retardant on the blaze to slow its spread, she said.

According to a notice on the Town of Chino Valley’s Facebook page, the Yavapai County Sheriff’s Office (YCSO) ordered two nearby households to evacuate. As a precaution, officials have also requested the Chino Valley High School gym to be available as an evacuation site.

Assistant Principal Marty Campitelli said the gym is ready to go if needed but he added that officials are giving the notion that it probably won’t be necessary. The Town of Chino Valley’s notice also stated the fire had been “isolated” as of about 2:30 p.m. Thursday. 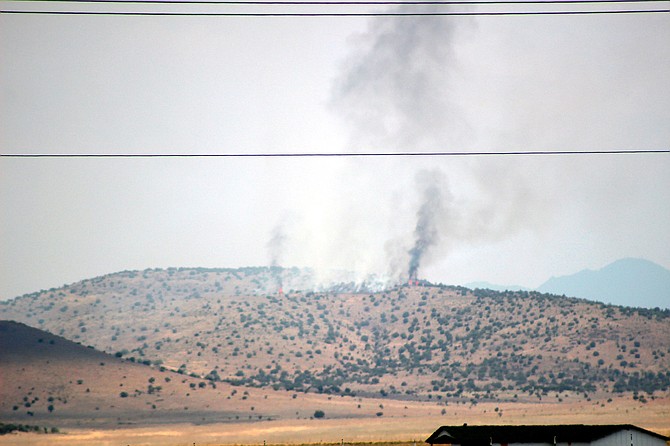