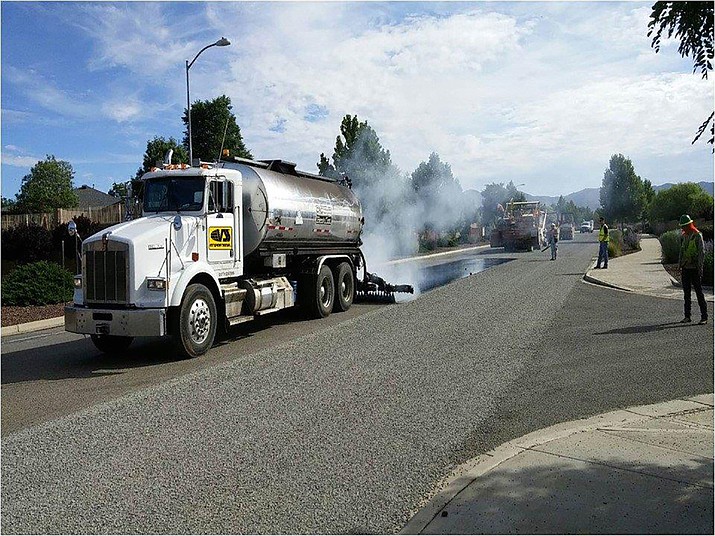 The summer 2021 program is expected to continue through Aug. 1, town staffers added.

A detailed map of streets being chip sealed may be found on Prescott Valley’s Public Works Department’s web page at https://bit.ly/3whV51q or by looking at the map below.

Town staffers stated that they have performed in advance heavy maintenance to the streets being chip-sealed to “correct pavement deficiencies and return the streets to their historic widths.”

Chip sealing is the “final maintenance application” to preserve the asphalt, staffers added. Impacted businesses and residents will receive flyers one day before a chip seal application has been scheduled, officials stated. “Access to driveways will be maintained and traffic delays will be minimal,” the release added. “Drivers are asked to slow down and be alert to workers in the construction zone.” For more information about the town’s chip sealing operations, call Prescott Valley Public Works at 928-759-3070. 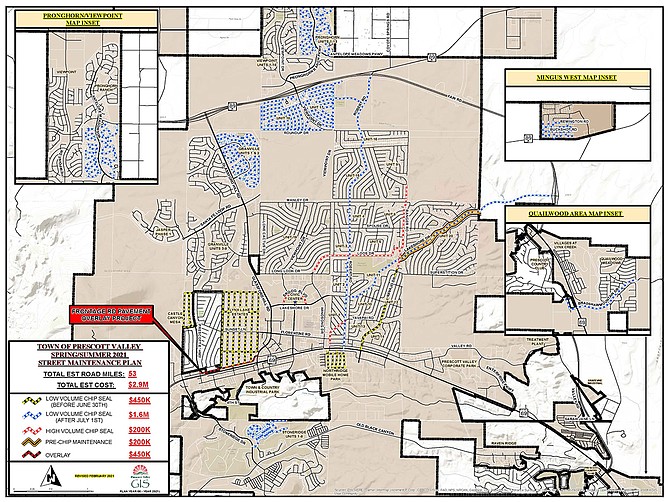