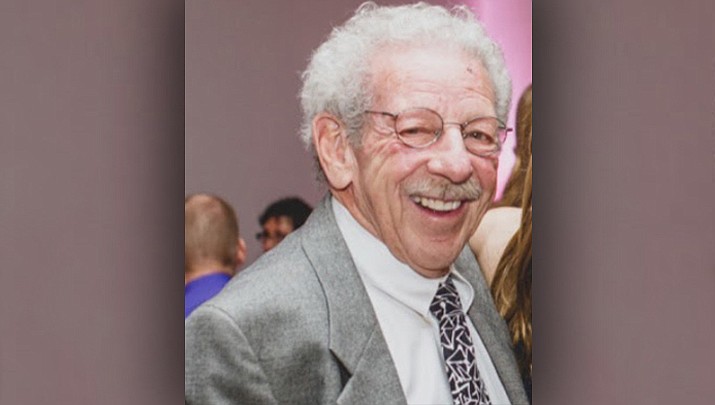 Lynn Irwin Raskin passed away, surrounded by his loving family on Saturday, June 12, 2021, at age 85.

He was born in Oklahoma City, Oklahoma, on August 29, 1935, to Martha and Melvin Raskin.

He moved to Phoenix, Arizona, at a young age and graduated from West Phoenix High School. He attended the University of Arizona and was a member of ZBT fraternity and graduated in 1957 with a Bachelor of Science in business. This led him to a successful career as a Jeweler.

He worked with his father at Raskin’s Jewelers in Phoenix until 1963.

Lynn then moved to Prescott and opened Raskin’s Jewelers there.

He was a graduate gemologist, an active member and dancer of Smoki ceremonials, a master mason of the Aztlan Lodge #1 for over 50 years, a member of Sunrise Lions, a Harley Davidson riding member of the Hard Rocks motorcycle club and was a founding member of Temple B’rith Shalom.

His most important contribution to the world, however, was being an excellent husband, father, and grandfather.

He married the love of his life, Arlene, in 1961, and just two days before passing, he celebrated 60 years of a wonderful marriage and life with her, and their family.

He cherished the memories of camping, skiing, boating, and traveling the world with his wife, children, and many friends. He enjoyed painting, gardening, listening to classical music, and had the biggest heart for animals, especially dogs.

Lynn was a brave, gallant, gentle, and courageous man.