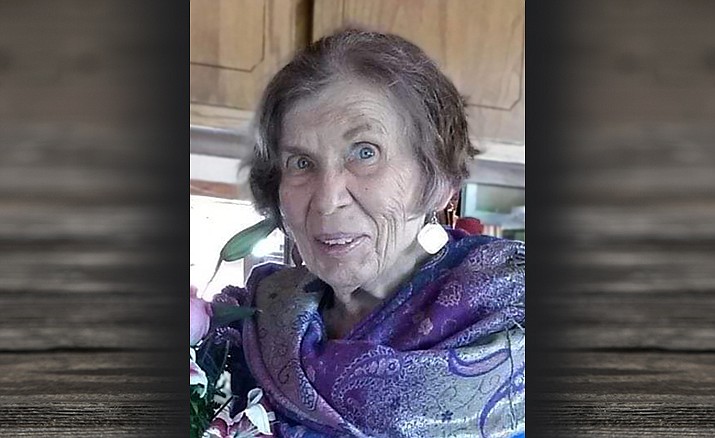 Joan Helen Chontos, 88, died Friday, May 28th, 2021, at home in Prescott, Arizona with her son, David by her side, following a remarkable 30-year battle with Parkinsons disease. Joan was born October 29, 1932 in Chicago, IL. She met her husband, Steve, in New York City, and they married on August 25, 1959, at Stowe Community Church, Stowe VT. They were residents of West Dover, Vermont and were owner/operators of the Sno Shoppe for 30 years, while spending the summers at their second home on Lake Champlain in South Hero, VT.

She loved their time on the lake and every summer opened their home to many friends and family to share their little piece of Heaven. Joan and Steve retired to Prescott in 1989, where they explored the backroads of the west, made frequent trips to Laughlin, Nevada and volunteered at the Chino Valley Library.

Joan loved gardening, sailing, jogging, music, and was a master of Scrabble, crossword puzzles and the English language. Her greatest happiness was her three children, David, Deborah and Christopher.

Joan was an amazing and kind woman who was often described as an angel by family, longtime friends, and her newest acquaintances. She always put everyone she loved first and seeing joy and happiness in others was truly her greatest pleasure. She follows her husband of 60 years, Steve Chontos; her parents; sister and many brothers. She is survived by her sons, David (NYC), and Christopher (VT) Chontos; her daughter, Deborah (Deek) Simcox (MT), five grandchildren and one great grandson.

There will be no services.