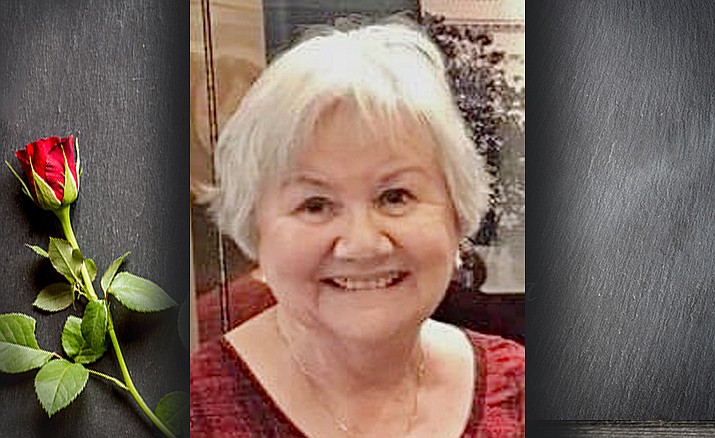 Barbara was a 1959 graduate of Prescott High School (PHS), a 1963 graduate of Arizona State University and earning a Masters from Northern Arizona University. She returned to the high school from which she was graduated in 1979 to teach and was later named the Dean of Students retiring from PHS in 2003.

Barbara was a very active member of her community co-directing and singing with her mother in Sweet Adelines, participating in the Yavapai County and Arizona State Republican party organizations and campaigns, volunteering with Sharlot Hall Museum, and serving as a docent for Fort Whipple Museum Quarters 1, her childhood residence after the marriage of her mother to Dr. William H. Marlowe in 1951. She was also a 34-year member of Chapter CD of the P.E.O. Sisterhood, coauthored P.E.O. Reflections 75 Years in Arizona and served as the state historian from 2010-2012.

Barbara faithfully contributed her time and talents to St. Luke’s Episcopal Church, Prescott, serving in leadership and several ministries within the church. Many meals for the “Don’t Spend Christmas Alone” dinner came from her kitchen. In 2012, the Rt. Rev. Kirk Smith, then Bishop of Arizona, named Barbara an honorary canon of the Arizona Episcopal Diocese. Her service to community was paramount.

Barbara enjoyed camping with her husband, Stan, traveling internationally, cooking, genealogy, quilting, singing with Prescott Chorale, Westerners, birding, and reading. She enjoyed dining out often recalling travel spots by where she had dined.

Services are scheduled for June 16, 2021, at 3 p.m. at St. Luke’s Episcopal Parish, 2000 Shepherd’s Lane in Prescott. Please observe mask guidelines for unvaccinated persons within the church. Inurnment will be at the St. Luke’s columbarium. In lieu of flowers, memorial gifts may be made in Barbara’s name to the St. Luke’s Memorial Fund, 2000 Shepherd’s Lane, Prescott, Arizona, 86301. Gifts may also be made to the P.E.O. STAR Scholarship (https://donations.peointernational.org/peo-donation-star) or mailed to P.E.O. Executive Office Treasurer’s Department, 3700 Grand Ave., Des Moines, IA 50312.