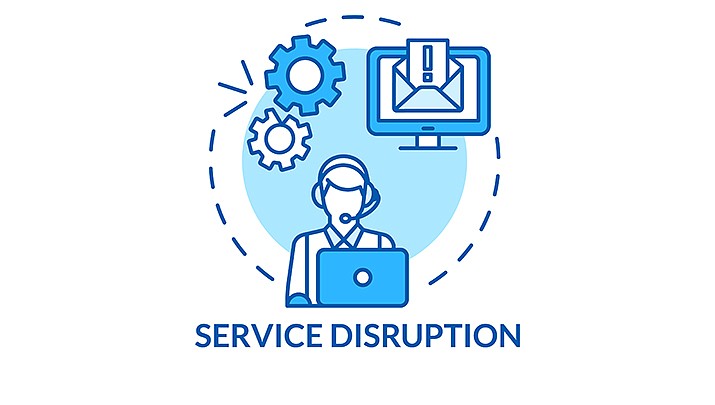 On Wednesday morning, June 9, some Sparklight customers in the Prescott area found themselves without internet service due to a fiber cut, again.

At 9:09 a.m., Sparklight posted an outage alert on social media explaining, "A portion of customers in the Prescott, AZ area are without service due to a fiber cut. Our technicians are currently working to restore services as quickly as possible and apologize for any inconvenience. Thank you for your continued patience."

At 12:30 p.m., Sparklight posted an update saying, "We have identified the cause of the fiber damage to be the result of a tow truck taking down a 96 count aerial fiber while towing a mobile home. Crews continue to work to repair the damaged fiber line. We appreciate your ongoing patience. Thank you."

As of 3:30 p.m., some customers reported that their service had been restored.

Just weeks ago on Sunday, May 23, quad-city residents who use Sparklight internet, phone and cable TV services experienced a widespread outage due to a cut fiber cable.

During that daylong outage, the company said the cut occurred on a third-party vendor’s fiber in an area with rough terrain located between Yarnell and Prescott.

A similar widespread outage also occurred on Nov. 14, 2020, when a backhoe unaffiliated with Sparklight was reportedly doing construction work in Phoenix and inadvertently cut a conduit as well as a 288-strand and 72-strand fiber cable. That outage lasted most of the day for more that 69,000 Sparklight customers in Prescott, Prescott Valley, Chino Valley, Paulden, Dewey-Humboldt, Mayer, Cottonwood, Show Low, Pinetop, Navajo County, Snowflake, Taylor, Winslow, Holbrook and Joseph City.

Sparklight customers can monitor the company's Twitter page for updates at https://twitter.com/sparklightcares.