Talk of the Town - Trail camera use: a decision whose time has come

A recent column by contributor Ted Williams about predator hunting contests (“Killing wildlife to see who wins,” May 24) was a review of long-past discussions that took place in Arizona during 2017, and again in 2019.

It was, and still is, unfortunate that our neighboring states did not, and have not, followed Arizona’s lead, setting the standard by which our sportsmen view wildlife. Contests that offer financial gain at the expense of wildlife are illegal by Arizona Game and Fish Commission rule. This rule was steeped in one of the tenants of the North American Model of Wildlife Conservation; wildlife will not be used or exploited for financial gain.

This was a contentious debate in 2017 and 2019, but, in the end, Arizona’s citizens largely approved the direction taken by the commission.

Once again, the commission is faced with an equally challenging decision regarding the use of trail cameras for the purpose of taking or aiding in the take of wildlife, and being able to manage that wildlife. 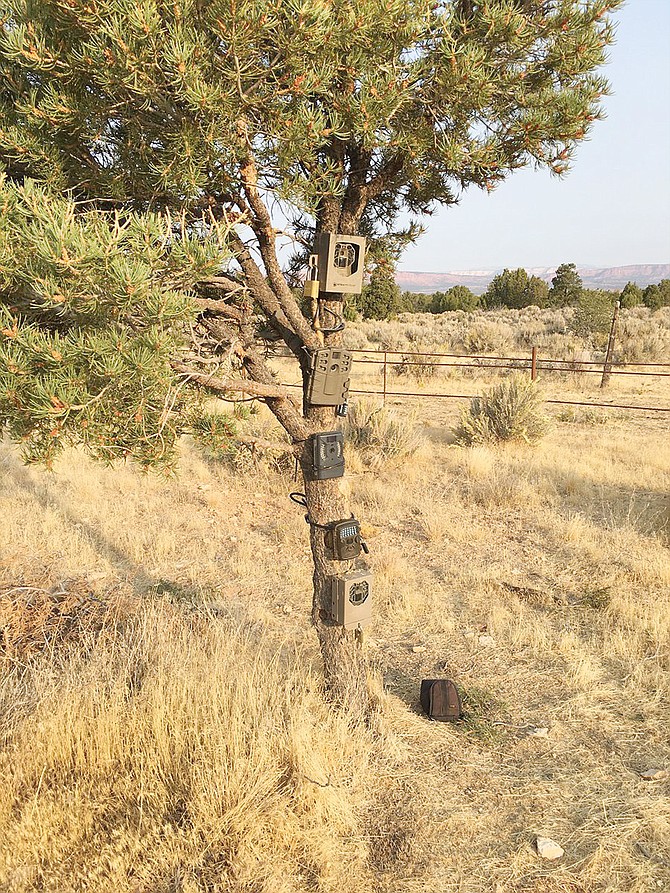 Trail cams dominate a tree trunk. The Game and Fish Commission on June 11 will decide whether their use should be regulated. (AZG&F/Courtesy image)

The advancement of technology in the wildlife arena poses a new threat equal to the long-term drought Arizona has been experiencing for the past decade. I would argue the pressures are unprecedented. Given Arizona’s recent growth, the commission must anticipate the resulting increased pressures on our most vulnerable, the 820-plus species of native wildlife managed under our umbrella. Trail cameras are part of the equation pressuring our wildlife.

For the record, and my opinion only, trail cameras have transformed marginal hunters into fair hunters, and fair hunters into better hunters. At some point, however, there has to be the utmost respect for the game animal, no matter the species or preferred method used by the sportsmen who pursue them. This respect extends to non-game animals, as well.

The ongoing trail camera debate will be decided when the commission meets Friday, June 11, in Payson. There are several options on the table. One is to do nothing. Another is to prohibit the use of trail cameras for the purpose of taking or aiding in the take of wildlife. A third option is to move all trail cameras one-quarter mile away from any water source and prohibit their use annually from July 1 through Jan. 31.

I don’t like regulations any more than the next guy. Given our finite supply of wildlife, the state’s expanding population and an extended drought, are you willing to idly sit on the sideline?

Drive out Fain Road and look for a pronghorn antelope. There has been a stark change since I was a kid in the 1970s. These same pressures are not just unique to central Yavapai County. They are now statewide — and growing.

Dr. Todd Geiler of Prescott is a member of the Arizona Game and Fish Commission.