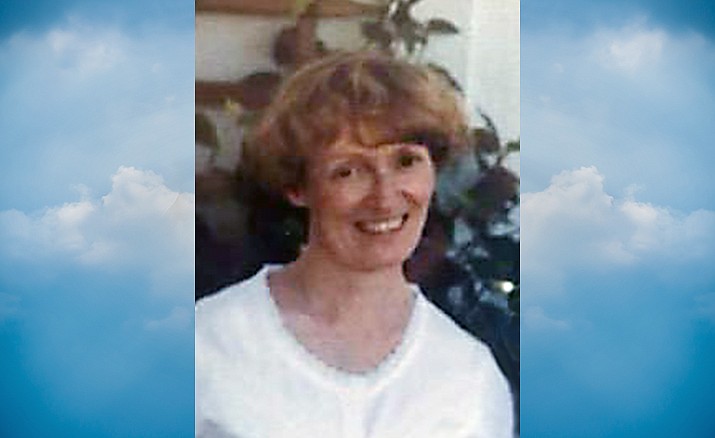 Laramie M. Jarvi (formerly Williams) peacefully passed to “play her harp” on July 17, 2021, in Las Vegas, Nevada. She was surrounded by all five of her children, three of her in-laws, and most of her incredible, eight grandchildren. Laramie sadly fell ill with the COVID-19 virus about a week prior to her passing, and while she was fully vaccinated her system was overwhelmed and she lost a valiant battle. She was 87 years old.

Laramie Lois McSparron was born to Leon Hugh (Cozy) McSparron and Inja Collins Costant on June 6, 1934, in Gallup, New Mexico. Laramie and her sister, Marion, were raised on the lands of the Navajo Nation known as Chinle. Her home was situated at the mouth of the beautiful Canyon de Chelly where her parents ran a trading post and small guesthouse called Thunderbird Ranch. Laramie was honored to be the daughter of these famous Arizona Pioneers who are both historically recognized for their contributions to the overall betterment of all the people who lived in their community.

In 1949, Laramie and Marion moved to Claremont, California, in order to attend Girls Collegiate, which was a prestigious college preparatory academy. Laramie graduated with honors and together with Marion moved to Tucson where she graduated from the University of Arizona with a Bachelor of Arts Degree in Education. She was the president of the Zeta Beta Chi Omega Sorority. Laramie often said that it was her experience of living in Chinle that shaped her passion for teaching young children, especially those who were marginalized or underrepresented. She married in 1956 and started her family in 1958. In 1963, the family settled in Prescott, Arizona, where she remained most of her life.

Laramie was very active in the lives of her five children, Katie, Jim Cody, David, Amy, and Michael. She was a 4-H Leader, Den Mother, and school volunteer. She was a Sunday School Teacher and very active member of the First Congregational Church. She spent hours tending to the needs of her family and was known for always making fresh desserts each time the family gathered for dinner. After graduating from the U of A, she taught school for Tucson Unified. She was so pleased that she “had a job and a brand new station wagon”; she knew she had arrived! In the 1970s, she restarted her career as a preschool teacher at Peter Pan Nursery. In 1981, she joined Prescott Public Schools as an elementary school teacher at Dexter and then transferred to Taylor Hicks where she taught two sessions of kindergarten a day until just after her 70th birthday. During this time she also completed a dual Master’s Degree from Northern Arizona University in Special Education and School Administration. Laramie was a dynamo of a teacher and a much respected master educator by her colleagues. Children flocked to Mrs. Jarvi and every parent in Prescott who knew about her all wanted their children to have HER for their child’s teacher. The indelible impact that Laramie has left on so many families is truly immeasurable and something her children hold in their hearts with much pride.

In 1988, Laramie married Charles E. Jarvi and together they enjoyed a simple life on Shalimar Drive and as members of the First Congregational Church. Chuck unexpectedly passed away in 2017 at which time Laramie moved the Las Vegas, Nevada, in order to receive proper care for her Alzheimer’s disease and to be closer to family.

Please join us for services to celebrate Laramie Jarvi at the First Congregational Church in Prescott, Arizona, on Friday, Oct. 1, 2021 at 10 a.m., with a reception to follow. A private family service and burial will take place at the Middle Verde Valley Cemetery where she will be placed between her parents and with her husband, Chuck. In lieu of flowers, please consider making a tax-deductible donation to support prek-kindergarten students in Chinle. Mail check or money order with “L. Jarvi Tax Deductible Fund” in the memo to: Chinle Public Schools at P.O. Box 587, Chinle, AZ 86503. Information was provided by the family.