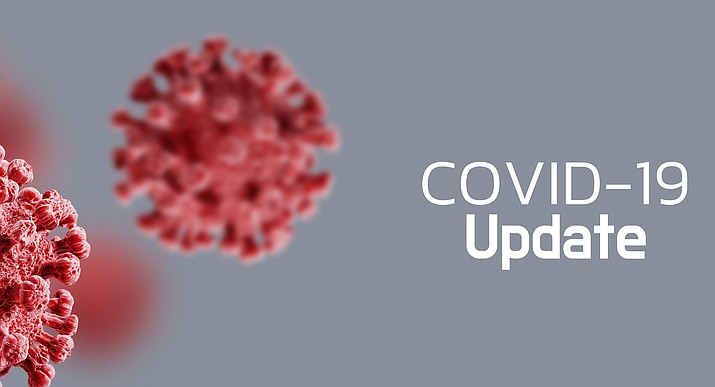 Arizona reported 1,965 new COVID-19 cases Friday, July 30, the most in a single day since early March, as virus-related hospitalizations continued to climb.

The additional infections and 24 deaths reported Friday increased the state's pandemic totals to 925,169 cases and 18,224 deaths.

Arizona's weekslong climb of COVID-19 hospitalizations had 1,072 virus patients occupying beds as of Thursday, nearly double the number on July 8.

Health officials in Arizona and across the country cite low vaccination rates and the fast-spreading delta variant for increasing numbers of COVID-19 infections.

More than 6.8 million vaccine doses have been administered in Arizona so far. Over 3.7 million people — or 52% of the eligible population — have received at least one dose. Over 3.3 million people have been fully vaccinated.

-The Phoenix Union High School District, one of the largest in metro Phoenix, announced an indoor mask mandate will be in effect when school starts Monday — regardless of vaccination status. The rule will apply to the 28,000 students, 4,000 staff and visitors. District officials and the governing board will discuss how long to maintain it at a meeting later in the week.

“Ultimately, we want exactly what the rest of the state and even state leaders want. We want to return to in-person learning," District Superintendent Dr. Chad Gestson said during a virtual news conference. “One way in which to do that is to follow the science on how to minimize spread on our campuses.”

In June, as part of the state budget, Ducey signed a law banning public schools and charter schools from mandating masks or vaccination. His office calls the Phoenix school district's policy “unenforceable.”

“We have legal counsel and others looking into the legality of a decision like this,” Gestson said. “Our job is to protect the health and safety and wellness of our students.”

-Dr. Cara Christ, state Department of Health Services director and Arizona's top public health official during the pandemic, spoke more Friday about her departure next month. She is leaving to take a senior position with Blue Cross Blue Shield of Arizona.

Christ denied she was leaving because of any rift between her and Gov. Doug Ducey.

"If it wasn't this exact opportunity, I wouldn't be leaving," Christ said during an interview with KTAR-FM.

She reiterated that she and Ducey have always been in agreement that unvaccinated people should wear masks but that it also be a personal choice.