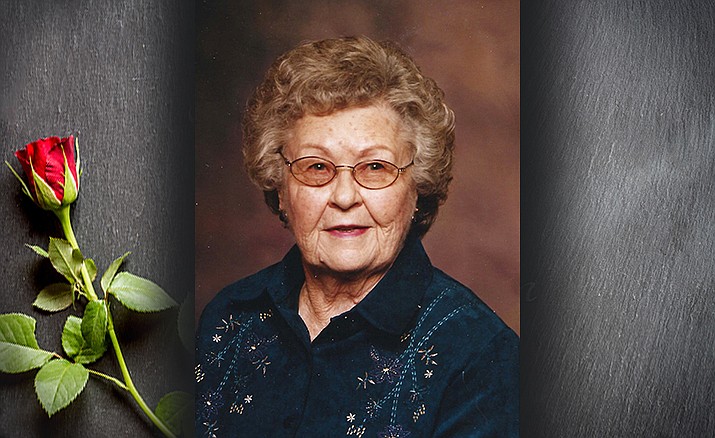 She was born April 19, 1921, in Rockdale, Texas. She was the oldest of eight children of Ivy Otto and Annie Alice Rolan. At an early age she learned the value of hard work on the farm. She finished the 10th grade and had an opportunity to serve as a nanny. She traveled around the states with that family and briefly lived in New Mexico. Her parents and siblings had moved to Arizona during that time. She joined them in the early 1940s and made Phoenix her home for over 60 years. She moved to Prescott Valley, Arizona, in 2004 to be closer to family in her later years.

She was preceded in death by her husband of 56 years, Charles H. Young; her siblings, Sally Kenson, Christine Neibich, David Rolan, Richard Rolan and Jean Chappell.

She was a long-time member of the Church of Christ. She sold Avon for many years. She loved visiting with family and friends. She enjoyed cooking, reading the paper, sewing, and watching the Diamondbacks. She was often asked what the secret to a long life was and her response was “to take a nap every day and eat prunes.”

Ravenell touched so many lives of those that she knew. She never met a stranger. She had a way about her that people just loved. She will be greatly missed.

She was at peace and ready to go home to receive her reward in heaven.

Ravenell requested that no services be held. She did not like to say “good-bye,” and she did not want anyone to make a fuss over her or for anyone to be sad about her.