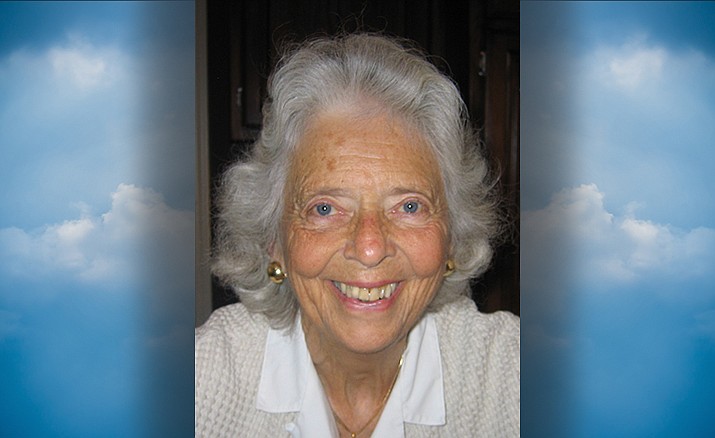 Irene Carol Marince, née Johnson, was born in Windom, Minnesota, and passed away at age 94 on April 15, 2021. She received a Bachelor of the Arts degree from the University of Michigan. That is where she met her late husband of 65 years, Paul Charles Marince. Irene and Paul had five sons.

After Windom, she spent the rest of her childhood in Winchester, Virginia. Once married, Irene moved to Schenectady, New York, and Deerfield, Illinois. They retired in Prescott, Arizona. When Paul C. passed away, she moved to Austin, Texas, and spent her last seven years there.

Irene taught school professionally, was a docent in an art gallery, in the PTA, enjoyed hiking, skiing and being a Patron of the Arts.

A family gathering will be held at The Prescott National Cemetery where Irene will be placed with her late husband, Paul Charles Marince. In lieu of flowers, Irene requested donations to a children’s home or a local children’s scholarship fund.