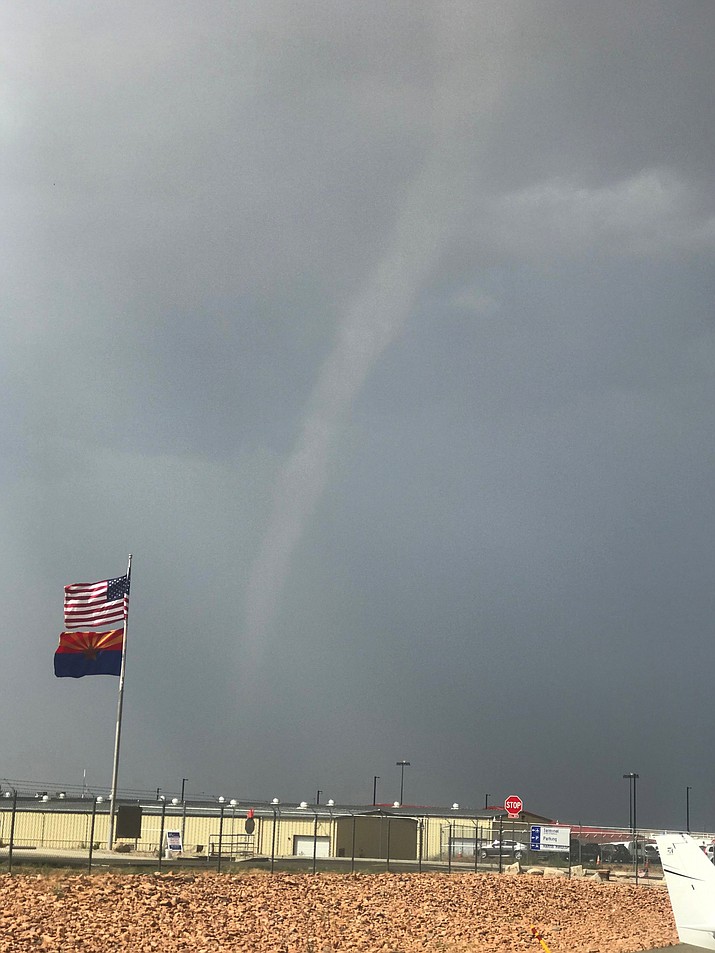 What appears to be a funnel cloud over the Prescott Regional Airport on Sunday afternoon, July 11, 2021, was one reason the airport shut down for about an hour. (Jim Slaughter/Courtesy)

Prescott Regional Airport was shut down Sunday afternoon, July 11, for more than an hour as a result of 80-plus mph winds and an apparent funnel cloud.

Prescott's airport director, Robin Sobotta, said the airport was coming back online at about 6 p.m. She added that one flight had to be diverted to Phoenix because of the storm.

A witness told the Courier a plane had flipped near Legend Aviation because of the high winds Sunday; however, the damage was not easily seen from various places on the airport property.

"We had quite a storm and high winds come through, ... and may have had some damage," Sobotta said early on.

Ranchers' fields off Highway 89 were flooded from storm runoff, stranding livestock, and several roads in the Prescott area were under water and/or mud.

The Antelope Hills Golf Course was sporting a blanket of white - covered in hail that had accumulated from the storm, though it was melting quickly. 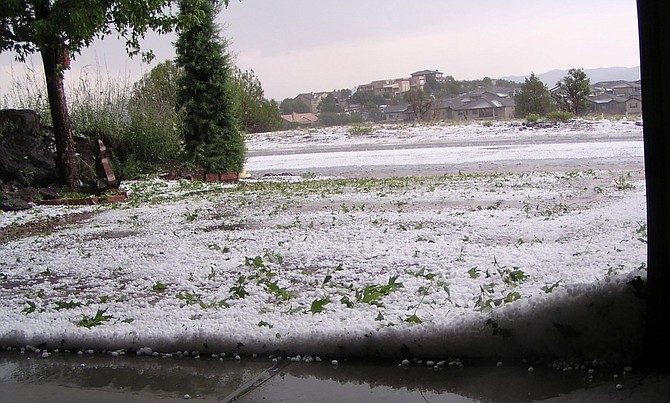 Weather spotters told the Courier they had received 1-1/8 inches of rain, but that was before the storm had completely moved on.

Calls to law enforcement were not immediately returned Sunday evening; however, police scanners were busy with calls about roadways, power lines, and a possible fire from a lightning strike.

Arizona Public Service (APS) was reporting on its website eight power outages affecting about 350 customers in the tri-city area. Estimates for restoration of power were ranging from 7 p.m. to 11:30 p.m.

The National Weather Service has forecast a 30% chance of more precipitation Sunday night, followed by a slight chance of showers, with thunderstorms also possible Monday after 11 a.m.

Watch the Courier and dCourier.com for updates as information is made available.