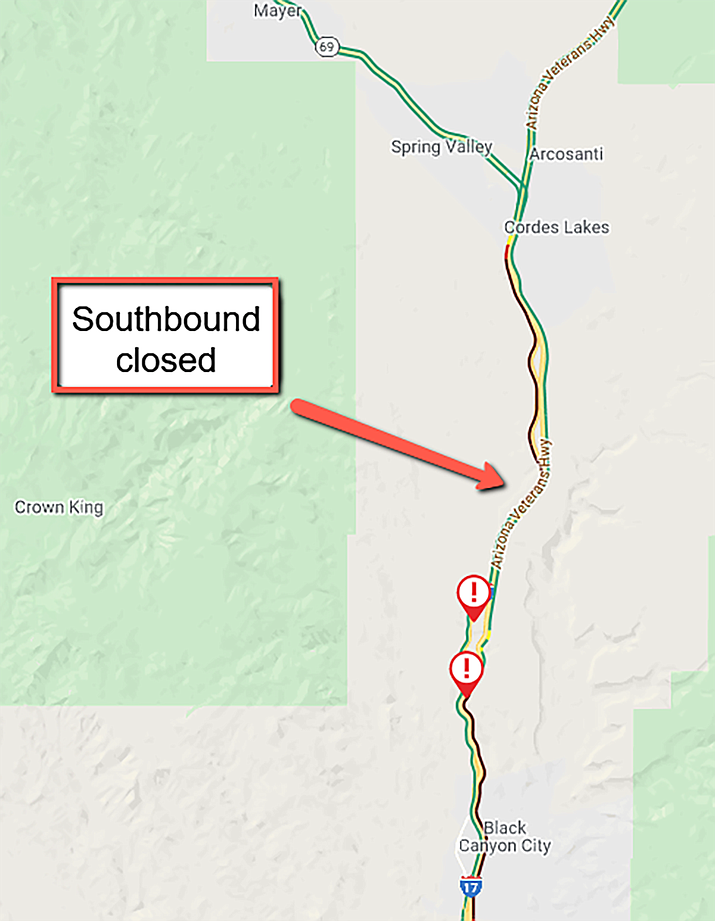 The southbound lanes of Interstate 17 are now open at the Sunset Point Rest Area, according to the Arizona Department of Transportation.

The closure was due to a crash at milepost 250.

Motorists are advised to expect delays back to Highway 69. It will take some time for the delays to clear.

There is still a slight backup on the northbound lanes due to an unrelated brush fire.

The southbound lanes of Interstate 17 are closed at the Sunset Point Rest Area, according to the Arizona Department of Transportation, as of Saturday, July 10, at about 4 p.m.

The closure is because of a crash at milepost 250.

There is no estimated time to reopen the southbound lanes, ADOT stated. The northbound lanes are backed up for several miles due to an unrelated brush fire.

Real-time highway conditions are available on ADOT’s Arizona Traveler Information site at az511.gov, by calling 511 and through ADOT’s Twitter feed,@ArizonaDOT.

When a freeway closure or other major traffic event occurs, its free app available at ADOTAlerts.com will send critical information directly to app users in affected areas – where possible, in advance of alternate routes.