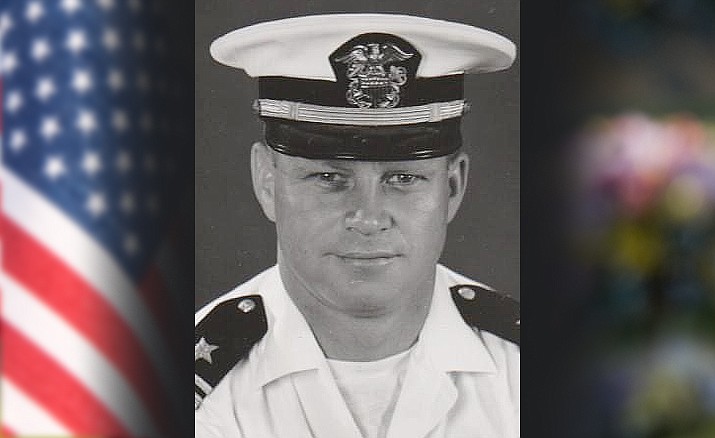 Gene is survived by his wife, Mary and two children, Margo Christensen (Brad), of Prescott, AZ, and Paul Feist of Eureka, CA, and two granddaughters, Savannah McReynolds and Sierra Christensen. He is predeceased by his parents, Joe and Ruth (Olson) Feist; his sisters, Phyllis Kriese and Marcella Ramsbacher, and is survived by his sister, Ramona, and brothers, Neal, Donovan and Curtis, and numerous nieces and nephews.

Following graduation as Salutatorian of the Class of 1952 from Velva High School (his brother, Neal was Valedictorian), Gene enlisted in the United States Navy and went on to serve with distinction for 25 years. During that time, he completed College (Minot State), Officer’s Candidate School, became a U.S. Navy pilot (F-8 Crusader jets), and earned his Master’s Degree in Nuclear Physics. Following several tours in the West Pacific, during the Viet Nam conflict, aboard aircraft carriers, he received orders to teach Physics and Math at the U.S. Naval Academy in Annapolis, Maryland, where he met his wife, Mary, and they married on July 27, 1968.

After retiring from the Navy in 1977, Gene and his family moved to Eureka, CA where they lived until 2013. He taught High School Physics and Mathematics at St. Bernard Academy for 25 years and maintained the computer lab there and at Pacific Union School in Arcata, CA, until he retired in 2001.

Gene and Mary moved to Prescott Valley, Arizona in 2013, and have enjoyed being close to family and friends. Until the onset of COVID-19 and the advancement of Parkinson’s Disease, they both enjoyed traveling abroad and to many family reunions in various parts of the country and were so happy to celebrate their 50th wedding anniversary with family and friends in 2018.

The family expresses their heartfelt thanks to the staff of Prescott Nursing and Rehabilitation Center for their excellent, kind and compassionate care of Gene during his time there.

Gene’s wish is for no funeral service and for his ashes be scattered on the property where he was born. If desired, donations may be made in his memory to St. Bernard Academy, 222 Dollison St., Eureka, CA 95501.