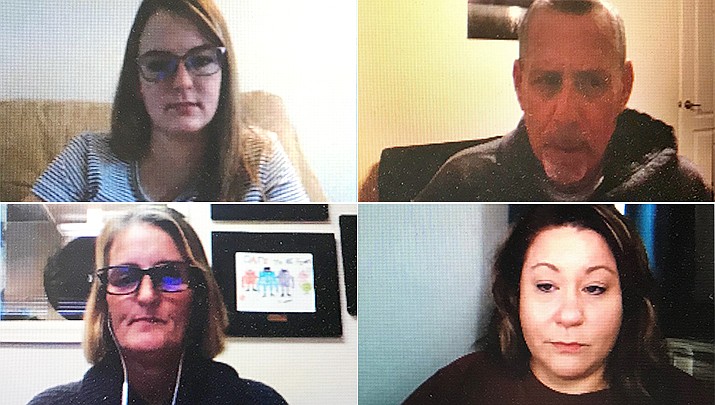 A recommended book for families coping with addiction: “From Monsters to Miracles: Parent Driven Recovery Tools that Work” by Anette Edens.

Clarissa Nelson’s first drinks were at parties in her home. At 13, Clarissa said she was an addict. Drugs were the safe escape from a far from idyllic home life.

The one bit of selfless clarity she admits to amid a 25-year addiction was giving up her two children to family she knew were better prepared than she to raise them so they might not repeat her mistakes.

Yet she is candid that motherhood didn’t push her into recovery. It took prison to do that.

Aubree Adams prided herself on her love for her teenage son. Still she wrestled with how to cope when her son started taking marijuana edibles in their then-home in Colorado where marijuana was legal for recreational use. She suffered as his substance abuse worsened and he succumbed to methamphetamines and heroin. She leaned on crisis intervention services, and recovery efforts that didn’t take. Her son ended up in a recovery community in Houston, Texas but relapsed again after three years of sobriety. She discovered that as much as he needed help, she, too, needed support. She knows the stigma that comes with addiction, and she strives to encourage other parents how to find recovery for themselves as well as their children – she has hosted teens in recovery in her own home.

These two women were part of a four-person MatForce webinar panel this week related to the stigma attached with substance abuse disorders. MatForce is the Yavapai County substance abuse prevention coalition.

Their heart-felt stories were shared to enable others to move beyond the stigma to healing.

MatForce Executive Director Merilee Fowler applauded them for their bold willingness to speak out because she said, “words matter” and support can be hard to find for addicts and those who love them.

Blake said she is grateful that she and her mother are now able to have a close relationship that proved impossible in her early life because of her mother’s addiction.

With candor, and tears, Blake said she is so proud of her mother’s honesty about her journey, and her desire to help others through MatForce’s reentry project for those who returning to the community after incarceration. She knows her mother’s story inspires hope in others.

Blake said her mother’s tough choice to ask her grandmother to raise her was a brave one. Thanks to that selfless gesture, one her mother managed despite the shroud of her addiction shadowing her life, Blake said she was able to choose another path. Yet she said she knows that there were people who expected little from her because of her family history.

Though she didn’t talk much about her family circumstances, Blake said there were those who knew and treated her as though they expected her to “turn out like my parents.”

“That was hard. Like I was a bad person, or a criminal, when I did nothing wrong,” Blake admits.

She said she is proud of who she is, and proud to prove the naysayers wrong.

To the virtual audience, and anyone whose family bears the scars of addiction, Blake reminded them substance abuse disorders in a family “are not your fault.”

“It’s not about us, it’s about them, and what they’re battling inside.”

Nelson is grateful her daughter not only escaped her plight, but managed to see beyond past mistakes and shower her with unconditional love and support. She, too, appreciates that her family, friends and encouragers recognize substance abuse is a disease, a mental health-related illness that should not be treated any different than those with physical ailments that do not bear a stigma.

“This disease does not discriminate,” Fowler interjected.

Nelson is clear she refuses to let her past cripple her future.

“I’m not ashamed to say I’m a recovering drug addict,” Nelson said. “That’s not who I am. It’s part of my story, but it’s not my whole story.

“I have a lot to offer today as a person.”

To Adams, the way to conquer stigma is to educate people about addiction, recovery, self-care for struggling families, and how to simply be a support to someone, whatever the crisis might be. “Don’t lecture. Don’t advise,” Adams said.

She recalled a neighbor who, when she was at a low ebb, brought her a meal and an embrace. No words.

“She showed me she cared and loved me,” Adams said.

She also advised those wrestling with their own shame and guilt to be kind to themselves.

“This is a very painful process. We need to be gentle with ourselves. Our self-care comes first … so we don’t live in that fear that can lead to self-medication.”

For those who love someone with an addiction, Adams advice:

“Keep showing up. Let go of the outcomes. Hold strong boundaries. Never give up hope!”