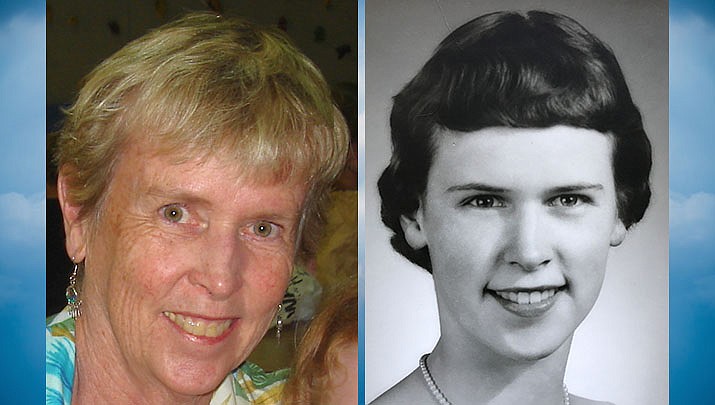 On the evening of Dec. 2, 2020, Mary Lucille Empie — an awesome woman, mother, wife and grandmother — passed away peacefully at a Circle of Life Alzheimer’s Homes residence in Prescott, Arizona, at the age of 81. Her son, Steve, was by her side and her immediate and extended family were close by her in spirit.

Mary Lu was born to Lucille R. and Russell J. Hassett in Detroit, Michigan. She graduated from Immaculata High School in 1957 and from Western Michigan University in 1961 with a Bachelor of Music Education.

In 1961, she married David J. Ponte in Detroit, Michigan. They had two sons, Cullen David, and Dale Jeffery. Captain Ponte died of heart failure on Dover Air Force Base in 1970. She went on to achieve her Teaching of Reading degree from Otterbein College (now Otterbein University) in 1969 and a Master of Arts in Education from the University of Phoenix in 1997. Along the way, she acquired numerous certifications to teach and counsel kindergarten through high school students as well to work with emotionally, physically, and mentally handicapped students, a passion to which she devoted her heart and soul.

In 1972, Mary Lu married Gerald (Jerry) R. Smith in Columbus, Ohio, and welcomed into her family’s life his daughter, Teresa Linn, and son, Scott Micah. They had one child, Steven Russell. Jerry died of cancer in 1995 in Prescott. In 2006, Mary Lu married Reginald K. Empie in Prescott.

Mary Lu was an incredibly caring woman who absolutely adored her family as much as life itself. She loved to laugh, read books, play games, tell old stories about family and friends, watch Jeopardy, golf, travel, enjoy nature wherever she found it and stay in touch with friends. She made a positive difference in the lives of those who knew her and will be missed by many.

Her life will be celebrated, and she will be interned next to Jerry, on a date to be determined in the next few months. If you would like to be informed of the plans, please send an email to cullenp33@gmail.com.

In addition to David and Jerry, she was preceded in death by her parents. She is survived by her brother, Bill; daughter, Teresa; sons, Scott, Cullen, Dale, Steve; and 10 grandchildren. Teresa, Steve, Dale, Scott, and Cullen would like to extend a very heartfelt, “Thank You,” to the Circle of Life owner and all the staff. They did a wonderful job providing the love and dignified care our mother deserved until her passing.

Information provided by the survivors.