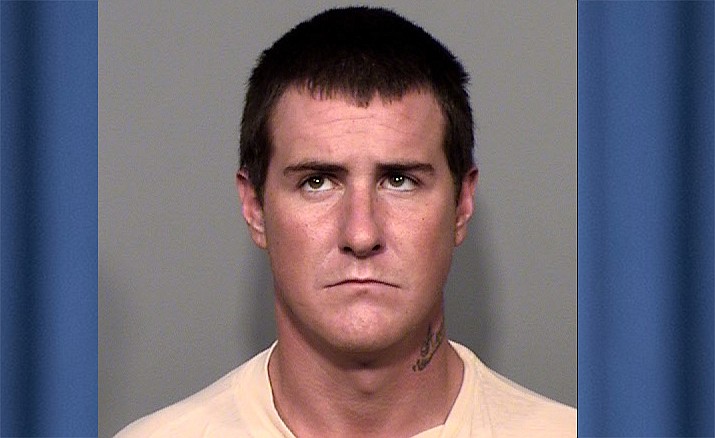 It’s day 22 and our final day of this running of Yavapai Silent Witness’ Catch 22 Program. The Yavapai County Sheriff’s Office is asking for your help in locating 29-year old Jonathon Robert Bracher.

On Nov. 21, 2017, Bracher was moving out of the victim’s residence where he had been staying for an extended period of time. Upon leaving, Bracher stole a Ruger 10/22 .22 caliber rifle and a Ruger Mark 3 .22 caliber handgun. The investigating deputy responded to an address in Prescott Valley where Bracher moved to. The deputy recovered the rifle and drug paraphernalia in the room Bracher was staying in. Bracher was not home at the time. He is a convicted felon and is prohibited by law from possessing a firearm.

On Dec. 7, 2017, A Yavapai County Sheriff deputy attempted to perform a traffic stop on Bracher on northbound Interstate 17, milepost 247. Bracher had a front-seat passenger at the time. Bracher failed to yield to the deputy and fled in the vehicle. He then drove onto southbound Interstate 17 driving in a northbound direction endangering his front-seat passenger as well as other individuals on the road at the time. The passenger told Bracher to stop and let him out. He finally did stop the vehicle in the area of Bumblebee Road and fled on foot.

As a result of the above crimes, Bracher was wanted on the three warrants with the following charges: weapons misconduct, two counts of theft, possession of drug paraphernalia, unlawful flight from law enforcement and two counts of endangerment.

On April 11, 2019, Bracher was arrested on these charges following the January 2019 running of Catch 22. He was then released on bond. He has since violated his release conditions. He is now wanted on a felony warrant with a $50,000 bond.

Bracher is described as a 29-year-old white male, 6 feet 2 inches tall, 170 pounds with brown hair and brown eyes. He also has multiple tattoos to include writing on the left side of his neck. His last known address was on Dana Drive in Prescott Valley.

Anyone providing information that leads to the arrest of day 22 of Catch 22 could be eligible for a $500 cash reward. To earn your reward, you must call Yavapai Silent Witness at 1-800-932-3232 or submit a tip at yavapaisw.com. All tips are anonymous.

Citizens can contact the Yavapai County Sheriff’s Office with information or questions at 928-771-3260 or the YCSO website: www.ycsoaz.gov.