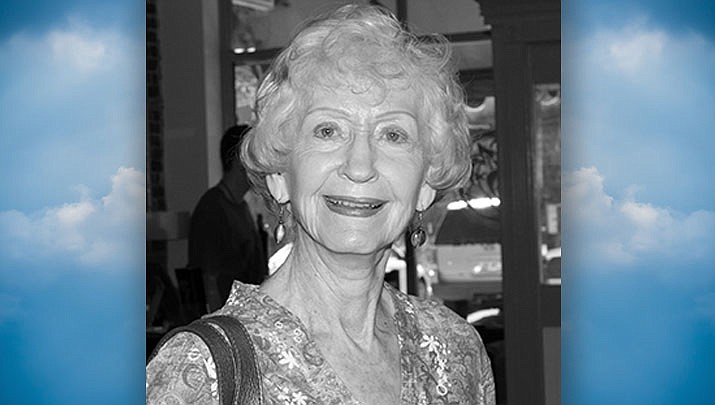 Betty M. Lotts, 91, of Westlake Village, California, died Jan. 6, 2021, due to complications from pneumonia. She was born in the small eastern Washington town of LaCrosse to Robert D. Ferris, a wheat rancher, and Leslie Smith Ferris, a schoolteacher. She graduated from LaCrosse High School in 1946 in a class of 21 and then attended Washington State University.

Betty was married to Frank Malgieri of Farrell, Pennsylvania, for over 20 years before his sudden death in March 1972. They lived in Sharon, Pennsylvania, and raised four children. She was a second mom to many. All were welcome and she always was there for advice, support, pushing many to strive harder and go to college, and of course feeding them. She was determined that all of her own children would go to college, and she worked very hard and saw to it that they did.

She subsequently married Judd Lotts of Ojai, California, in 1996 and remained married to him until her death. She is preceded in death by her parents; first husband, Frank Malgieri; a sister, Leslie Lokken; and a daughter, Kathie Malgieri Bailey from ovarian cancer. She is survived by her husband, Judd Lotts; a son, Frank Malgieri and daughter-in-law, Antonia of Vacaville, California; a son, Rob Malgieri and daughter-in-law, Diane of Westlake Village, California; and a daughter, Sherry Held of Westminister, Maryland; and son-in-law, Eric. Betty is also survived by grandchildren, Zachary Malgieri and his wife, Jenna of Sacramento, California, Erin Bailey Wilson and her husband, Nathan of Salt Lake City, Utah, Alexandra Held of Claymont, Delaware, James Held of Denver, Colorado, Amy Held of Denver, Colorado, and Courtney Malgieri of North Hollywood, California. She was also able to recently meet her first great-grandchild, Henry Wilson of Salt Lake City, Utah.

Betty worked many interesting jobs, including a USO position in Fairbanks, Alaska, where she met and married her first husband, Frank Malgieri, who was an Army MP. She also worked for a number of years at Robert Hall Clothing Store in Hermitage, Pennsylvania, followed by several positions at Sharon Steel Corporation. She moved to California in 1983 and worked at several places in Orange County, Los Angeles County and Ventura County.

Music and dancing were her lifelong passions. She taught piano for many years out of her home in Sharon, Pennsylvania. She was also the organist at the Methodist Church of Farrell, Pennsylvania, for many years. Her dancing led her to meeting her second husband of 26 years, Judd Lotts, in California, both incredible ballroom dancers. They spent years in their motorhome driving around the U.S., Canada and Mexico living an incredibly fulfilled life together.

Betty retired while living in Ojai, California, and subsequently moved to Prescott, Arizona, with her husband, Judd. In June 2020, she moved to Westlake Village, California, to live in an assisted-living facility.

Per Betty’s request, there will be no funeral services. Ashes will be placed at the Prescott National Cemetery in Prescott by her family at a later date to celebrate her life. In lieu of flowers, Betty requested any donations be sent to The Huntsman Cancer Institute specifically for Ovarian Cancer Research. You can donate online at this web address: https://hope.huntsmancancer.org/diy/betty-lotts-ovarian-cancer-fund.