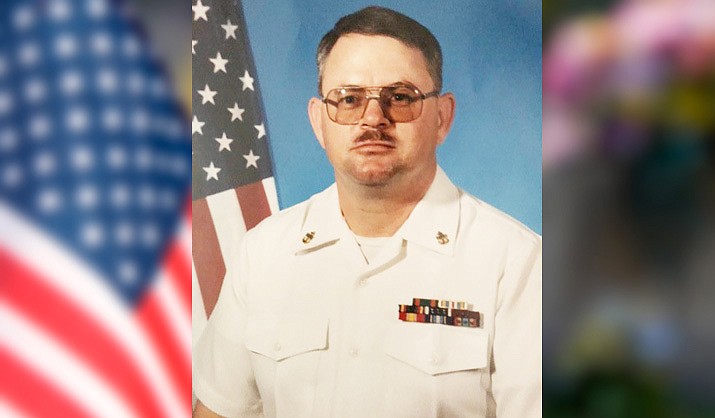 Jerry Basil Harambasic passed away at age 63 on Wednesday, Dec. 30, 2020, at home in Amherst, Virginia, with his wife and sister at his side after a six-year battle with cancer.

Jerry was preceded in death by his parents, Lula and Louis. He is survived by beloved wife, Sheryll; and siblings, Linda (Dale) Mulkins, Bill Bodnar, Louis Jr., Annie Schneider, Kathy (Eric) Feight and Helen (Eric) Turnquist. Although he had no children, he did raise several teenagers for the Navy.

He served 22 years in the Navy, retiring as a Chief Petty Officer. He navigated ports throughout the world including the Persian Gulf, steered his ship through a hurricane and supported the Exxon Valdez oil spill clean-up in Alaska. Jerry and Sheryll doted on three rescue dogs Sadie, Chili, and currently Lucas. He was a regular attendee at Amherst High School sporting events; loved politics; and was an avid history buff. Jerry will always be remembered for his defense of the weak, hard work, sage advice, sense of humor, heartfelt wit and his generous heart.