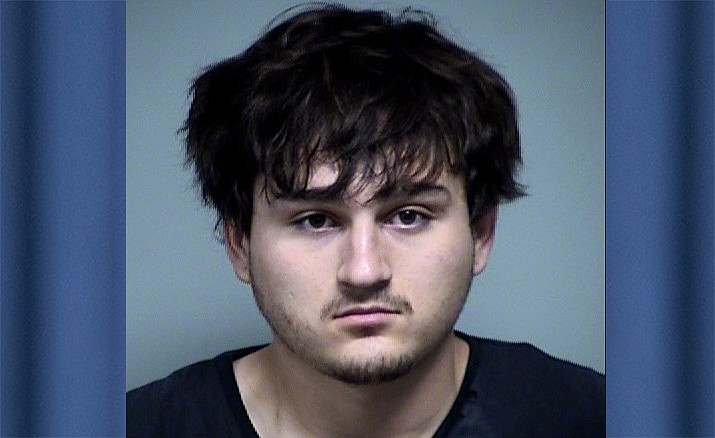 Editor’s Note: Continuing through Jan. 22, Yavapai Silent Witness will be running its 47th annual Catch 22 program. During this period, the Courier will assist local law enforcement in highlighting one fugitive each day to garner the public’s assistance in locating these individuals so law enforcement can take them into custody.

It is day 13 of Yavapai Silent Witness’ Catch 22 Program. Today, the Yavapai County Sheriff’s Office is asking for your help in locating fugitive Aron Jose Bermudez-Felix.

The victim was able to escape and get to a friend’s residence, but Bermudez was there waiting for her when she arrived. He grabbed the victim by her arm and shoulders and attempted to make the victim leave with him. When a witness began to call the police, Bermudez fled.

After multiple attempts on Oct. 27, 2018, a YCSO deputy located Bermudez and arrested him. He was charged with aggravated assault, two counts of disorderly conduct, and endangerment (to his child). He was later convicted and has violated his probation.

Bermudez-Felix is described as a 23-year-old white male, 5-foot-7, 200 pounds with brown hair and brown eyes. He has tattoos on his right forearm. His last known address was in the 3600 block of East Maricopa in Cottonwood.

Anyone providing information leading to Bermudez-Felix’s arrest could be eligible for a $500 cash reward. To earn your reward, you must call Yavapai Silent Witness at 1-800-932-3232 or submit a tip at yavapaisw.com. Remember, all tips are always anonymous. You never have to give your name.