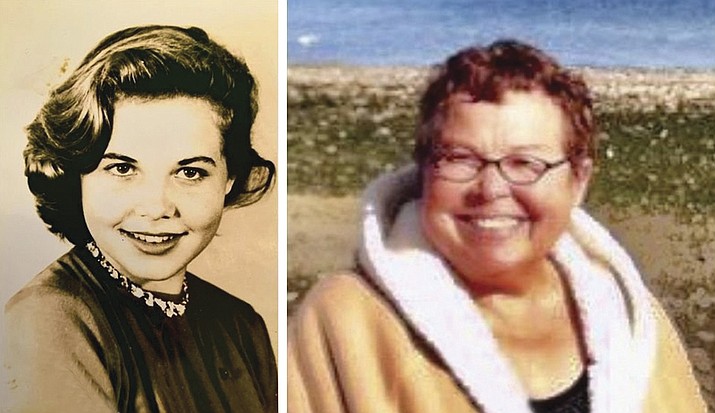 Carol June Shimek, age 73, passed away at midnight on Jan. 1, 2021. She was born Aug. 4, 1946, in Marshall, Illinois. Carol loved life and spread joy wherever she went. She was a loving partner and mother.

During the ’80s, she was a high volume seller of Princess House Crystal, and was known as The Crystal Lady. She won a trip to Montreal, Canada, which was the first time she went out of the country.

During the late ’90s, Carol became a member of Friends of Faire at the Southern California Renaissance Faire. She was known affectionately as Mother Buttery, as she took care to organize feasts every weekend for many years and she also took care and charge of many “Faire Brats.”

Carol was an avid reader and life-long learner. She was always known to be a fountain of information and a loving caretaker.

Most recently, Carol was the proud owner of B&C Rocks and Jewelry with her husband, Ben McNeil. She was a valued and vibrant part of the rocking community in Arizona and was a member of both the Mingus Mountain and Prescott Rock clubs.

Carol is survived by her life partner and husband, Ben McNeil; her daughter, Mary Elizabeth Sharma; son, Robert William Shimek; her adopted daughters, Shirley Jean Hall and Sherill Pelliccione; and her former husband and father of her children, Ronald Wayne Shimek. She is predeceased by her brother, Robert Wallace.

Arrangements were entrusted to Affordable Burial and Cremation of Chino Valley.

In lieu of flowers, a donation is welcomed through GoFundMe and will go toward funeral expenses and to support the family through this difficult time. Please visit: www.gofundme.com/f/in-loving-memory-of-carol-june-shimek.

Or, as Carol would want, plant a tree in her name.